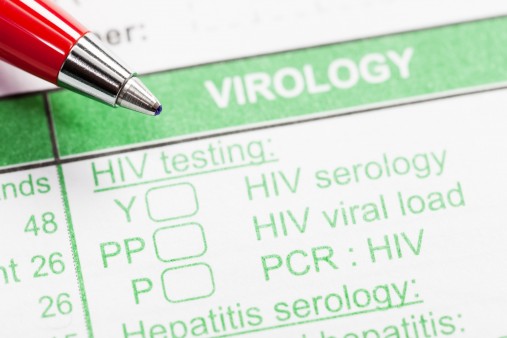 There are times when I grieve the choices our society makes. Examples of injustices that rile me are prejudice, violence, unjust laws, and not extending basic social services to others who are suffering. Looking specifically at hepatitis C, the issues that get my back up are:

Veterans, the poor, the incarcerated, and drug users are stigmatized and marginalized. Plainly, this is wrong and we need to keep speaking up about it.

When it comes to hepatitis C, it’s hard to quantify which injustices are the worst and which will get my immediate attention. It’s often a matter of trying to right a wrong, or to fight for something that will help the most people. Other times I am driven by personal motives, fighting for health care so someone I love can live longer or better.

In order to move forward, sometimes I need to look back. George Santayana’s famous quote comes to mind, “Those who do not remember the past are condemned to repeat it.” Remembering the past is more than a tool for change; it is also a reminder that we can change the present, and thus the future.

Back to hepatitis C. Many of us can recount numerous dark stories about how the Veterans Administration failed veterans, or how insurance companies and state Medicaid programs have denied treatment to people with hepatitis C. Few of us have escaped the stigma that is associated with hepatitis C. But there is one story that I don’t hear mentioned very often, and it a story we must never forget. It’s a story about greed, fear and denial.

The story is about hemophilia, a rare genetic disorder usually passed from mother to son, although a few females are affected. People with hemophilia are missing clotting factors. Historically, kids were crippled by hemophilia and usually died before reaching adulthood.

In the 1960s, drug companies manufactured factor concentrates derived from human blood, and the world changed for people living with hemophilia. They could inject themselves at home, and avoid horrible pain and hospitalizations. Modern medicine transformed hemophilia from a fatal disease to a chronic condition and patients began to lead nearly normal lives.

Sadly, this “miracle” product had unseen consequences. Each dose of factor concentrate was made by pooling 60,000 individual blood donations. Because the process needed many donors to manufacture, people were paid to donate clotting factors. Collection centers were set up in poor neighborhoods, places more likely to attract potential donors who might need extra cash. In my pre-hep C college days, I donated to supplement my income. People needing cash to support their kids or their drug habit were frequent donors. Blood was also used from prisoners.

Patients needing clotting factors were at enormous risk of receiving contaminated blood products, and viral hepatitis infection was nearly universal. Many experts thought that hepatitis an “acceptable risk” for these patients, and patients were rarely warned.

Hepatitis may have been considered an “acceptable risk,” but HIV and AIDS were not. In 1982, the Centers for Disease Control and Prevention (CDC) announced three cases of apparent AIDS in hemophiliacs who had received clotting factors. It was a year after the first case of AIDS had been reported in anyone, and by this point, there were already 471 cases of immune suppression, including 184 deaths.

Yet even as HIV was identified, doctors and advocacy groups advised people with hemophilia to keep using clotting factors. By the time the medication was pulled from the market in 1985, 50 percent of hemophiliacs had been infected with HIV and 90 percent had hepatitis C.

Why did it take so long to intervene? A combination of circumstances converged. The CDC jumped in immediately, and called an emergency meeting in July 1982 to warn the blood industry and hemophiliacs that the clotting factors might be contaminated. The CDC recommended instituting donor deferral guidelines, namely that people who fit into the high-risk groups (gay men, Haitians, and intravenous drug users) should be asked not to donate blood. The National Hemophilia Foundation went into denial, rejecting the notion that AIDS was linked to clotting factors. Clotting factors had changed the lives of hemophiliacs and without factors, they’d go back to a horrible way of life. The FDA was skeptical, territorial and just plain acted badly. The American Red Cross and other blood bank organizations denied the evidence. Advocates representing the gay community were deeply concerned about further stigmatizing gay men, especially since the evidence wasn’t solid. In the end, the only thing they agreed on was what name to give this disease, Acquired Immune Deficiency Syndrome (AIDS).

In December 1982, a baby received platelets from a donor and both of them had developed AIDS. The CDC issued a warning about possible transfusion-associated AIDS. However, Joseph Bove, MD, Director of the blood bank at Yale University Medical Center and chair of the FDA’s Blood Products Advisory Committee, stated that there was simply no evidence that transfusions spread AIDS.

The tragedy for hemophiliac children who contracted HIV and viral hepatitis was not just that they had these horrible medical problems, but they also had to contend with stigma. Ryan White was kicked out of school because he had HIV. The family was constantly harassed and threatened. The Ray brothers experienced the same horrors. They were banned from school in Arcadia, Florida. They fought and won the right to attend, but an arsonist burned down their house. HIV took the lives of Ryan White and Ricki and Robert Ray.

Blogger Shawn Decker lives with the quadruple threat of hemophilia, HIV, hepatitis B and C (although hep C resolved spontaneously). He was dismissed from school because of his HIV status. He lived to share his story. Another blogger who is also alive is Joe Burke. Joe lived with hemophilia, HIV, and hepatitis C. His hep C is now cured.

Tragically, the story does not end in 1985. Bayer’s Cutter Laboratories continued to sell their contaminated products to overseas market. The financial investment in the product was considered too high to destroy the inventory. People in those countries who used the hepatitis- and HIV-contaminated factors developed serious liver disease and AIDS.

And now it is 2016 and although the blood supply is safe, our community is not. As long as we continue to turn our backs on anyone with hepatitis C, we jeopardize the health of all of us. We have an opportunity to act humanely, to practice justice in health care, and to put health ahead of wealth. We can use the pain of history to make a better future.

Bad Blood, a documentary about the medical disaster in the blood supply in the early 1980s.

The Inadequate Response of the FDA to the Crisis of Aids in the Blood Supply, Harvard Law School

The Tragic History of Aids in the Hemophilia Population, 1982–1984, B.L. Evatt, Centers for Disease Control

Lucinda K. Porter, RN, is a long-time contributor to the HCV Advocate and author of Free from Hepatitis C and Hepatitis C One Step at a Time. She blogs at LucindaPorterRN.com and HepMag.com. This article originally appeared in the HCV Advocate September 2016 and is reprinted with permission.