A group of experts has issued a call to arms, spotlighting missed opportunities for addiction treatment in hospital settings.

The Centers for Disease Control and Prevention’s (CDC) newly updated opioid overdose figures tell a devastating tale of a careening epidemic. An estimated 72,000 U.S. residents lost their lives to opioid use in 2017, a death rate that increased 10 percent in just one year. 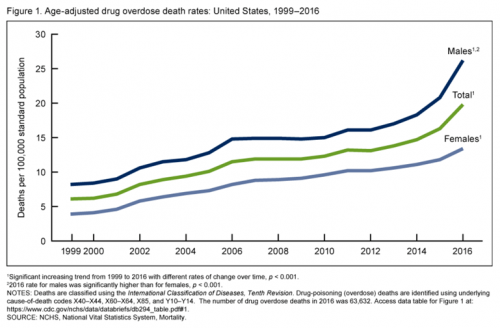 Given this and myriad other alarming statistics charting the epidemic’s devastating path, the American public would be forgiven for thinking that clinicians lack effective means to help their patients escape the ravages of addiction. The truth is, scientifically proven medications to treat opioid addiction—including withdrawal symptoms—do exist. The medications extended-release naltrexone, buprenorphine and methadone, known collectively as opioid medication treatment (OMT), lower the risk of overdose, relapse and various other harms.

OMT’s existence notwithstanding, people whose lives have been upended by opioid use disorder largely aren’t getting the treatment they so badly need. Seeking to address this critical disconnect, a group of addiction experts, including various types of clinicians, researchers and health policy experts, participated in a two-day workshop in March in Washington, DC, and developed a five-step action plan for better integrating opioid addiction treatment into medical practices.

Convened at the behest of the Department of Health and Human Services and the CDC and held at the National Academy of Sciences, Engineering, and Medicine, the workshop examined the missed opportunities for providing opioid addiction treatment to people who engage with the health care system as result of various infections that are associated with opioid addiction.

For example, the rising tide of injection drug use, including heroin and other opioids, has led to an upswing in new hepatitis C virus (HCV) infections in the United States and also may be contributing to the reversal of a 15-year decline in the HIV transmission rate among people who inject drugs. Additionally, the use of unclean needles and other drug paraphernalia, including those used more than once without sterilization by the same person, can lead to numerous infections, including those of the skin and soft tissues, such as abscesses, as well as endocarditis, a dangerous infection of the heart valve that can prompt the need for open-heart surgery.

According to the new action plan, when people with such infections are seen at health care facilities, including emergency departments and hospitals, clinicians should screen for opioid use disorder and provide immediate OMT if necessary. Not only would such treatment help these individuals get off drugs like heroin, fentanyl or OxyContin, but OMT also may improve the likelihood of success on infection-related treatment—in part because people suffering from active addiction to opioids may be less likely to adhere to an antibiotic regimen. 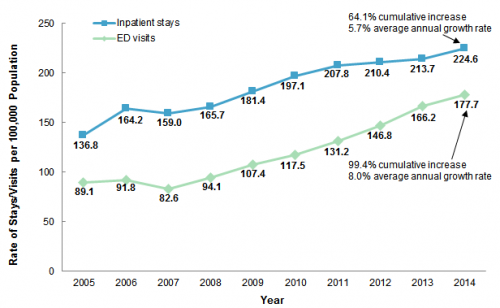 Unfortunately, according to an essay published in the Annals of Internal Medicine that summarizes the five-step action plan, “few providers and hospitals treating such infections have the needed resources and capabilities” for starting patients on OMT and getting them linked into ongoing addiction care.

“If we don’t get together and start screening and really treating their addiction with medication, we’re not going to be able to stop this epidemic and stop people dying from overdoses,” says Sandra A. Springer, MD, the lead author of the Annals of Internal Medicine paper and an associate professor of medicine at Yale University School of Medicine who specializes in the intersection of infectious disease and addiction.

“I think when we provide a cookbook, easy-to-follow guidelines [for clinicians], we can do it,” Springer says of combating the nation’s addiction crisis with a medical-based response. 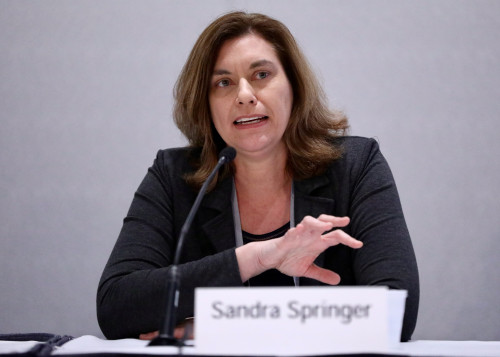 Sandra Spinger speaks at the 2018 Conference on Retroviruses and Opportunistic Infections in Boston.Benjamin Ryan

Properly addressing the opioid epidemic as a whole requires not just adjusted protocols in the health care industry but also an astronomical amount of money. Simply put, current funding for the battle against the epidemic is woefully inadequate, and in states that have not expanded Medicaid under the Affordable Care Act (Obamacare), securing payment for an OMT prescription can be especially challenging.

Stakeholders in the opioid epidemic, including those who participated in the DHHS workshop, have called for a multitiered federal funding system similar to the Ryan White CARE Act, which since its launch in 1990 has provided vital funds for the care and treatment of people with HIV. The proposed Comprehensive Addiction Resources Emergency Act would provide $100 billion over the course of a decade to combat the opioid epidemic.

A five-minute test known as the Rapid Opioid Dependence Screen can help identify individuals with opioid use disorder. Medical professionals should use this test for all those patients seen for drug overdose, endocarditis, bacteremia (bacteria in the blood), skin abscesses, vertebral osteomyelitis (infection in the spine), HIV and HCV. Overall, such a test should be standard during an initial consultation with an infectious disease specialist.

Among individuals with opioid use disorder who are hospitalized with infections, providing medications such as methadone, buprenorphine and extended-release naltrexone may help keep them in the health care facility long enough for clinicians to properly treat their infections. Otherwise, drug cravings or withdrawal symptoms may drive patients to leave the hospital prematurely in search of opioids.

The hospitalization period is also a good time to provide such patients with naloxone rescue kits, which patients can administer to others to save them from overdose, and also to refer them to syringe services programs (SSPs) that can provide them with a steady supply of clean needles and syringes and ideally connect them to other harm reduction services.

Hospitals should stock OMT in their pharmacies and also partner with outside organizations that can provide ongoing addiction treatment.

Institutions that should provide such training include hospitals, medical residency programs, medical and nursing schools and schools for physician assistants. Such education should include the Drug Enforcement Agency–required training to obtain the waiver needed to prescribe OMT. Prescribers who have received such waivers should be available to hospitalized individuals and should know how to safely prescribe methadone and extended-release naltrexone to patients with opioid use disorder before they are discharged from the hospital.

Much has been said about how opioid addiction has gripped individuals across the income spectrum. Nevertheless, the majority of those who are hospitalized in the United States and who have opioid use disorder are covered by Medicaid. The action plan calls for greater access to the public insurance program and also for other insurance carriers to cover OMT without requiring onerous prior authorizations from prescribers. The Ryan White CARE Act, the plan notes, is a model for a federal funding stream that could help pay for addiction treatment among those who lack health insurance.

Above all, the action plan recommends interdisciplinary cooperation between clinicians when it comes to providing the most effective care and treatment for people with opioid use disorder, just as teams of health care providers have long done among those living with HIV.

Springer is keen to stress that society as a whole stands to benefit from the implementation of these recommendations. “The whole point of us treating addiction is to make people better citizens—better able to get a job, be reacquainted with their family, stay out of jail, contributing citizens,” she says.

As for getting the action plan up and running throughout the U.S. health care system, “It’s going to take a long time,” Springer says. “But I don’t think we have the time.” 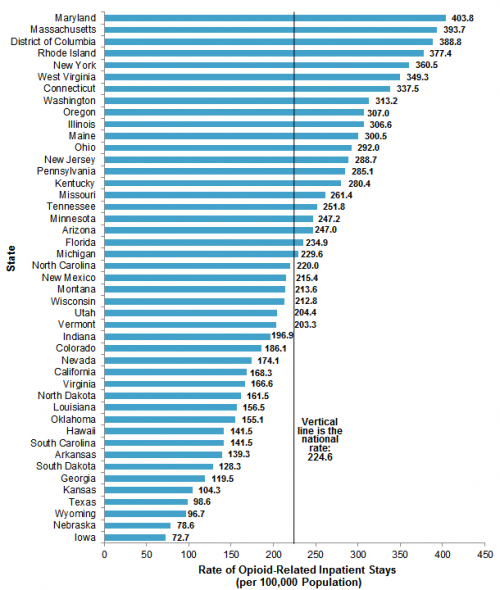 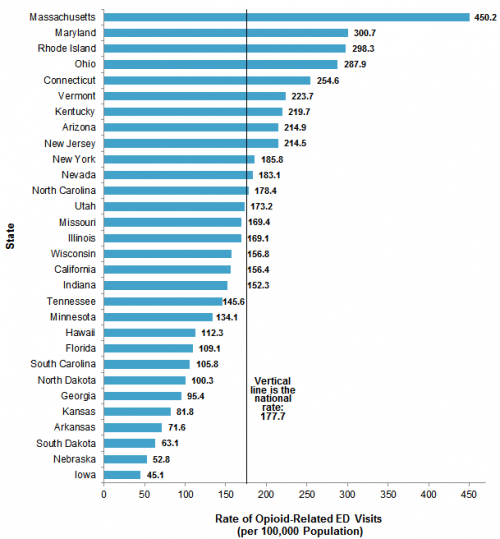