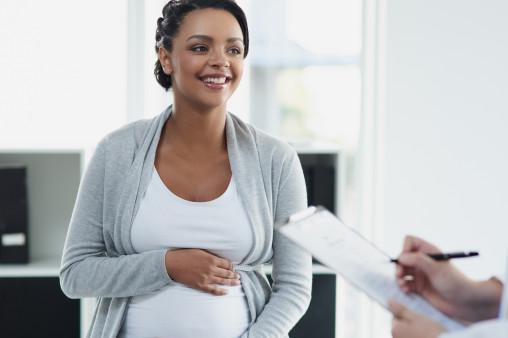 However, only 6% of this population received hepatitis C care within six months after delivery.

While nearly one third of pregnant Medicaid recipients with opioid use disorders test positive for hepatitis C virus (HCV), only 6% receive follow-up HCV care within six months after giving birth, according to study results published in Obstetrics and Gynecology.

HCV can be transmitted from mother to child during pregnancy or delivery; the odds of this happening are around 5%. Prior studies have shown that hepatitis B and C have increased among pregnant women in conjunction with the ongoing opioid epidemic, more than a quarter of women with hep C are diagnosed during pregnancy and universal HCV screening while pregnant can detect more cases.

The Centers for Disease Control and Prevention (CDC), the American College of Obstetricians and Gynecologists and the American Association for the Study of Liver Diseases recommend that all individuals should be screened for HCV during each pregnancy.

Marian Jarlenski, PhD, MPH, of the University of Pittsburgh School of Public Health, and colleagues studied the prevalence of hepatitis C among pregnant people with opioid use disorders who receive health care coverage through Medicaid.

The researchers used de-identified data from Medicaid recipients from six states: Pennsylvania, West Virginia, Kentucky, Delaware, North Carolina and Maine. They analyzed data from 23,780 Medicaid recipients with opioid use disorders who gave birth between 2016 and 2019. Follow-up continued for at least 60 days after delivery, with 19,697 individuals being observed for six months post-delivery.

Some 70% of study participants were tested for HCV, and 31% tested positive. Three months post-delivery, only 3% of them received follow-up care for hepatitis C, with the rate rising to 6% at six months.

“When we first saw these results, we thought, ‘This is far too low of a treatment rate and there must be an error in our analysis,’” Jarlenski said in a press release. “But then I thought about my own experiences with referrals to medical specialists and it made sense. Navigating the medical system to get an appointment with an infectious diseases specialist, particularly after giving birth and while managing a chronic disorder, such as substance use, can be incredibly difficult.”

Medicaid covers more than 40% of births in the United States. A new law allows states to extend Medicaid coverage for pregnant people for up to a year after delivery.

“But what we’re finding is that it’s not that easy—as our research shows, telling a new parent they have hepatitis C and need to make an appointment with an infectious diseases specialist simply isn’t translating into treatment,” Jarlenski continued. “Now more than ever, with universal hepatitis C screening during pregnancy, the existence of a pill that cures this devastating illness and expanded postpartum Medicaid coverage to pay for that treatment, finding a sustainable pathway to care is critical.”

Click here to read the study in Obstetrics and Gynecology.

Click here for more new about hepatitis C and pregnancy.