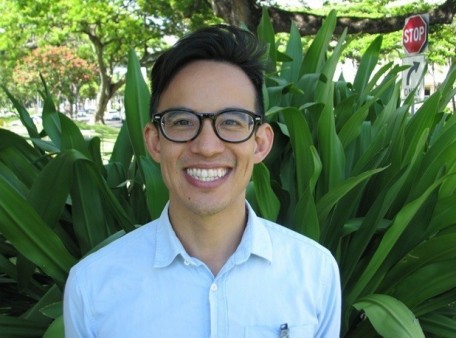 I did not know much about hepatitis B until around 2010, when I went to visit my uncle who was hospitalized for “liver sickness.” I had heard that he was sick, but I was not prepared for the drastic changes in his appearance. His skin and eyes were yellow, and he was very thin except for his swollen stomach. His wife and daughter were standing at his bedside, and they seemed just as lost and confused as I was. Where was the sociable and boisterous man we all knew and loved?

He passed away shortly after, and I learned from other relatives that it was from hepatitis B. This was told to me in hushed tones because there was some sort of intimation of blame. In a sense, the question seemed to hover around my relatives: What had my uncle done to deserve this?  The stigma was so overwhelming for his wife that she withdrew from the family shortly after the funeral.

Later, when I learned more about hepatitis in my public health work, I resolved to increase awareness and access around hepatitis B, especially for immigrant and migrant communities. Although the work is challenging, it is always fulfilling. I hope that we can continue to build support and fight stigma regarding hepatitis B and C. No one should die of shame.

Learning to laugh at myself.

Any thoughtless actions that I have done to hurt people, even if done unwittingly.

I would hope that people would not feel ashamed of their status.

Say thank you and mean it.

It’s a toss-up between Rachel McClean and Alex Shirreffs, my fellow viral hepatitis prevention coordinators in California and Philadelphia.

I believe that we can move the needle toward more health and social equity. Things may be unfair, but they don’t have to stay that way.

Everyone is your teacher.

A monk seal, because I love swimming and time to myself.