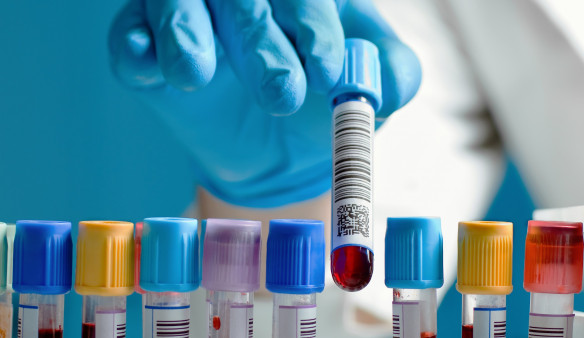 The U.S. Preventive Services Task Force (USPSTF) has issued a new recommendation that all adults ages 18 to 79 should be screened for hepatitis C virus (HCV) at least once, regardless of risk factors. Those under 18 or over 79 should also be screened if they are at risk because, for example, they share syringes for injecting drugs.

The task force previously recommended one-time universal HCV screening only for baby boomers born between 1945 and 1965—the group that historically has had the highest hepatitis C prevalence in the United States. But in the context of the ongoing opioid epidemic, hep C rates have been rising among younger people as well.

“Today, more people are infected with hepatitis C than there were a decade ago, but there are now better treatments available,” USPSTF chair Douglas Owens, MD, of the Veterans Affairs Palo Alto Health Care System, said in a statement. “The evidence now shows more people can benefit from screening; therefore, we are recommending to screen all adults ages 18 to 79 for hepatitis C.”

This recommendation was given a B grade, meaning there is evidence that the benefits of screening and follow-up care outweigh the harms. This is important because the Affordable Care Act (ACA), also known as Obamacare, requires private insurers to cover preventive services recommended by the USPSTF with an A or B grade.

An estimated 4.1 million people in the United States have evidence of current or past HCV infection, including 2.4 with current active infection, according to the Centers for Disease Control and Prevention (CDC). Hepatitis C causes more deaths than any other infectious disease, including HIV. New cases of HCV have increased approximately 3.5-fold over the past decade, with young white people who inject drugs, especially those living in rural areas, most heavily affected, the task force noted as background.

Around 25% of people who acquire HCV will clear the virus spontaneously without treatment, while the rest will develop a chronic, or ongoing, infection. Over years or decades, chronic hepatitis C can lead to liver cirrhosis (scarring), end-stage liver failure necessitating a transplant and liver-related death. Hepatitis C is now easily treatable with well-tolerated direct-acting antivirals (DAAs) taken for two to three months. People who were ever infected continue to test positive for HCV antibodies even after they clear the virus naturally or with treatment, but these antibodies do not prevent them from acquiring the virus again.

“It is concerning that we are seeing a significant increase in hepatitis C, and many people don’t know they have it,” said USPSTF vice chair Alex Krist, MD, MPH. “The good news is that we have newer treatments that are more effective and safer, and screening adults for hepatitis C can detect the infection earlier, before they have complications from the virus.”

The USPSTF is an independent panel of volunteer experts in prevention and evidence-based medicine. The panel based its recommendation on a review of scientific evidence about the benefits and harms of HCV screening and treatment.

Since the previous evidence review for the 2013 recommendation, hepatitis C treatment has evolved, resulting in greater benefits and fewer harms, according to a task force summary. Today’s DAA regimens have shorter courses and higher cure rates—96% to 99% in clinical trials—with fewer serious side effects than the older interferon-based therapy. Studies show that successful treatment results in improved quality of life and reductions in liver-related and all-cause mortality. One analysis suggested that screening everyone age 18 and older would identify 256,000 additional cases of HCV and lead to 280,000 additional cures and 4,400 fewer cases of liver cancer over a lifetime.

The panel recommends routine screening with a blood test for HCV antibodies, followed by an HCV RNA test for those who test positive to determine whether they have current active infection. Most adults need to be screened only once, but those at ongoing risk should be tested periodically. There is not enough evidence to suggest an optimal screening interval.

The task force emphasizes that the screening recommendation applies to pregnant women. HCV can be transmitted from mother to child during pregnancy or delivery, and a growing proportion of infants are born to women with hepatitis C.

“Screening should be voluntary and undertaken only with the patient’s knowledge and understanding that HCV screening is planned,” the panel stresses.

“Testing is the first essential step to ending the hepatitis epidemic,” Frank Hood, senior policy associate at the AIDS Institute said in a statement. “Recent data from CDC shows that rates of new cases of hepatitis C are skyrocketing across the country mainly due to increased injection drug use associated with the opioid epidemic. A cure is available, and expanded access to testing services will help link more people to that treatment.”

The draft recommendation is open for public comment until September 23. Comments can be submitted at www.uspreventiveservicestaskforce.org/tfcomment.htm.

Click here to learn more about hepatitis C and its treatment.