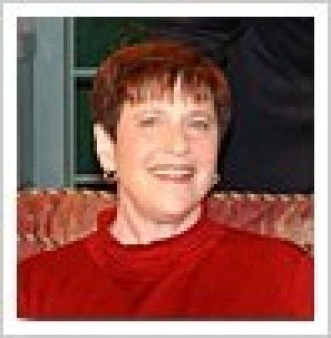 In 1991, at the age of 47, I was diagnosed with a chronic, progressive disease. As one who has always feared doctors, it was my worst nightmare come true: I had hepatitis C virus (HCV). Because this disease was first identified in 1989, the doctors didn’t know too much about it. After my first liver biopsy, which showed cirrhosis, I started treatment. The medications didn’t work. I asked my physician what was going to happen to me. He answered, “This is too new to tell. I just don’t know.” Can you imagine how terrifying it is to hear an answer like that? Aren’t we all used to going to the doctor, getting a prescription and getting better?

The next couple of years were torturous. I didn’t sleep well. I lost 30 pounds. I developed panic attacks. I was sure that I would not see my daughters married or ever get to meet any grandchildren who might come later. On a daily basis, my poor husband dealt with a wife who was moody, depressed and terrified and didn’t even have the energy to cook a meal. All the joy was gone. The only thing I was able to do was go to work. As a schoolteacher, I credit those little first graders with helping me get through the scariest time of my life.

In 1995, my husband, Dennis, bought me a computer for Mother’s Day. It opened up a whole new world for me. I was able to read about hepatitis C and actually meet people online who had the disease. Up until then, I didn’t know anyone who was personally affected by hep C.

When I began a second round of treatment, I was forced to take a disability leave from work. It would not be fair to a group of 6-year-olds to have a teacher who, during one year of therapy, had fatigue, headaches and brain fog. I planned to return after treatment was over. However, sometimes, when you’re not expecting it, life sends you in another direction. While on leave, I spent many hours on the computer. There are newsgroups, email lists and online support groups for almost anything you can imagine. I discovered that in trying to help others, I became stronger. It wasn’t so frightening anymore. I truly believe that reaching out a hand and lending a sympathetic ear benefits both the giver and the receiver. There is no better feeling than listening to a newly diagnosed, very frightened patient and then hearing the relief in their voice when I am able to tell them that my biopsy showed cirrhosis and I am still busy living my life many years later. Most hep C patients are diagnosed years before they are at risk for developing severe liver damage. My life story has given many others a reason for hope and taken away their terror.

One of the people I helped early on is a woman I first met on the Internet. She too had been diagnosed with cirrhosis, and when I met her, she said she was starting to “put her affairs in order.” She did not expect to live very long. I found that it was a comfort to her to know that I had the same diagnosis and was still “alive and kicking” six years later. I had also experienced treatment and was able to give her some tips on how to help with side effects. We became fast friends. Together we worked in the hepatitis C community and, hopefully, made a difference in the lives of other patients.

Today, as I go forward with Hepatitis C Association Inc., we try to educate our communities so that people are aware of the risk factors, understand how the disease is transmitted, learn how to better care for themselves if infected and, hopefully, stay off the transplant list. We encourage people to become organ donors. Hepatitis C virus is the number one reason for liver transplantation in our country. One of the things I am most excited about is the creation of an educational program for use in substance abuse clinics, counseling centers, departments of health and everywhere there is a need for education.

Please ask your physician to test you, if you:

As odd as it may sound, having hepatitis C is not all bad. By talking about this disease, I have become a better listener. By holding out my hand to those who need it, I have learned that all people deserve a chance for a better life. By pushing myself to my limits physically, I have learned that I can overcome just about anything. Through helping others, I have rediscovered the joy in my life.

Editor’s note: Sue Simon is the president of the Hepatitis C Association and is on the steering committee of Hep4Hep.