Stivarga also improved survival in those with recurrent HCC after a liver transplant.

When administered as second-line treatments, Stivarga (regorafenib) and Opdivo (nivolumab) equally improve survival for people with hepatocellular carcinoma (HCC), the most common type of liver cancer. Another study found that Stivarga improved survival in people with recurrent HCC following a liver transplant. These findings were presented at the recent Digital International Liver Congress (ILC 2020).

Over years or decades, chronic hepatitis B or C, fatty liver disease and other causes of liver injury can lead to the development of cirrhosis and liver cancer. HCC accounts for up about 75% of liver cancer cases, with numbers rising worldwide. This type of cancer is often diagnosed late and is difficult to treat with traditional chemotherapy.

Following first-line treatment with the targeted therapy Nexavar (sorafenib), Stivarga and Opdivo are both recommended by the Food and Drug Administration as second-line therapies for liver cancer. But their comparative effectiveness has not been assessed in the real world.

Stivarga is a multikinase inhibitor that targets receptors and enzymes that play a role in cancer cell growth and the development of blood vessels that feed tumors. Opdivo is a monoclonal antibody that blocks PD-1, an immune checkpoint on T cells that regulates immune function. Drugs that interfere with PD-1 can release the brakes and restore T-cell activity against tumors.

Won-Mook Choi, MD, PhD, of the Asan Medical Center in Seoul, South Korea, and colleagues conducted a retrospective study to compare the efficacy and safety of these two drugs. From July 2017 to February 2019, the team analyzed people with HCC who were treated with Stivarga (223 patients) or Opdivo (150 patients) as a second-line therapy after Nexavar had failed to treat their cancer.

While the two groups showed significant differences in terms of responsiveness to therapy, their survival was comparable.

Further, the team examined the same outcomes in nonprogressors—participants who experienced complete or partial remission or had stable disease on their first response evaluation after starting the drugs. In this analysis, progression-free survival, time to progression and overall survival were all superior in the Opdivo group when compared with the Stivarga group. The overall survival times were 83.3 weeks versus 48.6 weeks, respectively.

The research team proposed that the more durable clinical benefit afforded by Opdivo may be responsible for better outcomes in this group.

In a different multicenter retrospective study, an international team of researchers compared Stivarga with the best supportive care for people who experienced a return of their HCC following a liver transplant after stopping treatment with Nexavar.

Massimo Iavarone, MD, PhD, of the Granda Ospedale Maggiore Policlinico in Milan, presented their results at ILC 2020. The researchers found that Stivarga improved survival in this group while being acceptably safe.

Iavarone noted that newer targeted therapies are now available for the second-line treatment of HCC, including Lenvima (levatinib), Cabometyx (cabozantinib) and Cyramza (ramucirumab). These may also become treatment options for HCC recurrence after a liver transplant, but more data on their safety and effectiveness in this population is needed.

Click here to view the study presentation on the Stivarga-Opdivo comparison.

Click here to view the study presentation on Stivarga’s impact after liver transplantation. 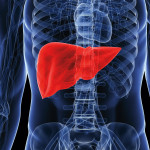