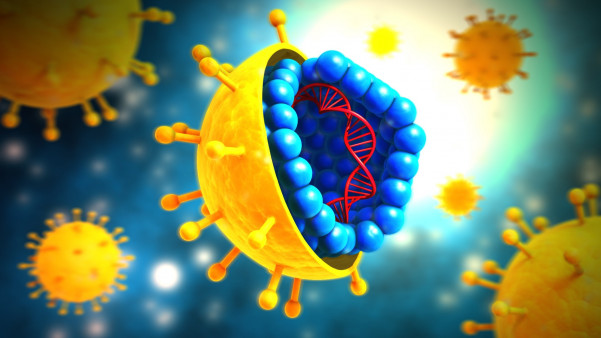 Premature discontinuation of hepatitis C treatment did not diminish the likelihood of sustained virological response.

A recent study found that even when people with hepatitis C prematurely stopped direct-acting antiviral therapy, they were still able to achieve a sustained virological response. These results were published in the Journal of Viral Hepatitis.

Over time, hepatitis C can lead to liver fibrosis (scarring), cirrhosis and hepatocellular carcinoma, the most common type of liver cancer. But studies have shown that effective treatment that leads to a cure can reduce the risk.

According to current recommendations, direct-acting antiviral (DAA) therapy should generally be administered to individuals with no fibrosis or mild to advanced fibrosis for eight weeks and to those with cirrhosis for 12 weeks. Some people with hepatitis C prematurely discontinue their antiviral therapy for a variety of reasons, but few studies have assessed the impact of shorter treatment duration.

Since 2014, the regional database NAVIGATORE-Lombardia Network has collected information on individuals with hep C who were treated with DAAs across 34 centers in Lombardy. In a retrospective study, the researchers assessed SVR rates for people who had been registered with the network since January 2015 and had stopped taking antiviral medications before the predefined end of their treatment.

For their study, they included 365 patients, of whom 213 (58%) were men and 53 were coinfected with HIV. Other common comorbidities included hypertension, chronic kidney disease and diabetes. Of the total, 251 (69%) had liver cirrhosis.

Antiviral therapy was halted on average a week prior to the predefined end of treatment, with some 45% stopping two or more weeks earlier than planned.

Among people with absent (Stage F0) to advanced (Stage F3) fibrosis, the researchers saw a much lower SVR rate for those treated with antivirals for less than four weeks (50%) compared with those treated for at least four weeks (99%). Among people with liver cirrhosis, a lower SVR rate was seen when treatment lasted less than eight weeks (83%) compared with antiviral therapy for at least eight weeks (95%).

“Despite premature discontinuation of DAA [therapy], high SVR12 rates were observed in a real-life setting for treatment lasting at least four weeks in patients with liver fibrosis F0 to F3 and eight weeks in those with liver cirrhosis,” wrote the researchers. “Since shortening treatment duration while maintaining virological efficacy could have several advantages in terms of decreasing drug exposure, minimizing potential adverse events and lowering costs, the feasibility of reducing DAA treatment duration should be explored in randomized clinical trials.”

To read the study abstract in the Journal of Viral Hepatitis.