The harm reduction facility could be the first in the nation.

The site, called “Safer Inside,” is a full-scale safe-injection site prototype located at Glide Memorial Methodist Church in SF’s Tenderloin district. If opened, the facility would provide drug users with a “safe space” for injecting with clean needles in sanitized environments and under medical supervision. Advocates have long argued that such facilities help significantly reduce overdose deaths as well as HIV, hepatitis B virus (HBV) and hepatitis C virus (HCV) transmissions while offering a unique point of entry for drug users to be linked to medical care and addiction treatment. 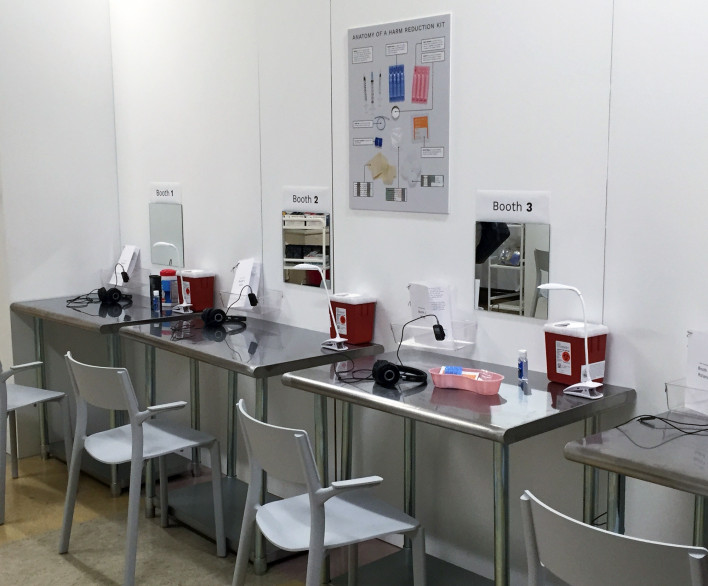 In fact, San Francisco is among several cities, including New York, Philadelphia Seattle, vying to open the United States’ first certified injection facility. However, under federal law, the centers are illegal, a fact many states and communities will have to contend with.

California is currently on the path to legalization. Earlier this month, the California Senate passed Assembly Bill 186, which amends the state’s controlled substances laws to allow San Francisco to implement a three-year pilot program at the site.

But the federal government opposes the proposed facility.

“It is a federal felony to maintain any location for the purpose of facilitating illicit drug use,” warned U.S. Attorney General Rod Rosenstein in an op-ed published this week in The New York Times. "Because federal law clearly prohibits injection sites, cities and counties should expect the Department of Justice to meet the opening of injection site with swift and aggressive action."

Nonetheless, harm reduction advocates are moving forward with the plan. San Francisco’s first supervised injection facility will be open for four days this week to give city officials and the public an opportunity to see what a working U.S. facility would look like and hear from experts about how it would operate. Drug use will not be allowed on-site during this introductory period.

To learn more about the proposed facility and how to advocate for its success, click here.

Why a North Carolina County Hired a Hepatitis Bridge Counselor