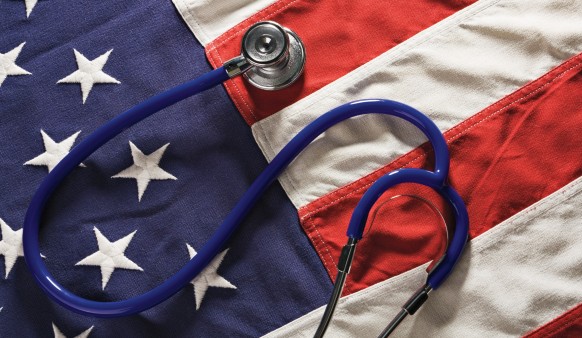 Deep cuts to Medicaid remain, and health insurers could deny coverage to people with preexisting conditions.

Here we go again. Senate Republicans just released a revised version of their Better Care Reconciliation Act (BCRA), a bill to repeal and replace the Affordable Care Act (ACA, or Obamacare). Senate Majority Leader Mitch McConnell (R-Ky.) has delayed the August recess—originally slated to start July 31—by two weeks to give GOP lawmakers time to cut their deals and pass the bill.

By most accounts, the new bill is slightly more conservative but not wildly different from the original version that sparked nationwide protests and never even made it to a vote. The first BCRA gutted Medicaid, which many people with HIV rely on. (You can read what AIDS groups said about that bill here and how activists helped #KillTheBill here.)

But anyone living with HIV or any other chronic illness will want to know about one major difference in the bill. The so-called Cruz Amendment added thanks to Senators Ted Cruz (Texas), Mike Lee (Utah) and Ron Johnson (Wisconsin) allows health insurers to offer plans that don’t follow ACA guidelines. This means that they don’t have to cover certain benefits, such as maternity leave and prescription medicines, and they can deny coverage based on preexisting conditions. They can get away with this as long as, according to this Vox explainer, they also offer at least one comprehensive plan that covers the benefits mandated by the ACA. This would return us to a system similar to the one in place pre-Obamacare, when insurers offered cheap insurance with minimal coverage to young and healthy Americans, forcing other people into a high-risk and higher-cost pool.

The bill does set aside nearly $200 billion to help cover sicker Americans, but New York magazine reports that it isn’t nearly enough.

Another significant change: Unlike the first Senate bill, this one does not offer tax breaks to the richest Americans. In addition, it allows individuals to set up health savings accounts to pay for their insurance. But this, of course, ignores the fact that not everyone has extra cash to put in such an account. The new bill also includes a $45 billion program to tackle the nation’s opioid epidemic, which is directly linked to HIV and hepatitis risk.

Importantly, the revised bill keeps the brutal cuts to Medicaid, the government insurance for low-income Americans. Like the previous bill did, it also places limits on Medicaid spending per person (currently, the program will pay all your bills).

As the HIV Medicine Association spelled out in a joint statement regarding the first Senate bill: “The Medicaid program improves the health of 69 million Americans.… The Medicaid program covers nearly 50 percent of births and 39 percent of children age 0 to 18 years in the U.S. Based on a 2014 data analysis, the program serves more than 40 percent of patients with HIV. Unstable and decreased Medicaid funding would have a detrimental impact on a large number of people with HIV.”

Finally, here’s a refresher on the math needed to pass this bill and who the players in question, courtesy of FiveThiryEight.com. Of the 100 senators, 52 are Republican. The bill needs a majority to pass, and no non-GOP senators support the bill. This means that Republicans can afford to lose only two votes, which would put the tally at 50 to 50. In such cases, the vice president breaks the tie, meaning that Pence’s support would pass the bill. So far, Senators Susan Collins (Maine) and Paul Rand (Kentucky) have publicly voiced opposition to the revised bill, although for different reasons. Where is that third senator?