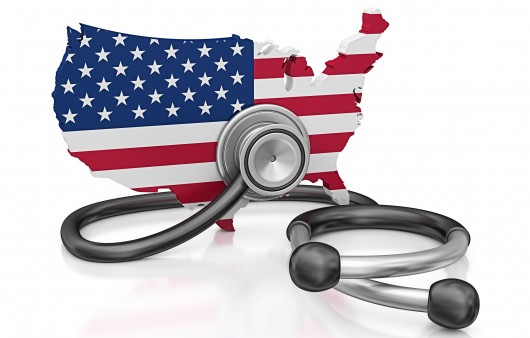 As lawmakers postpone their vote, advocates and health groups respond to the bill that guts Medicaid. Here’s what they’re saying.

Last Thursday, June 22, Senate Republicans released the Better Care Reconciliation Act (BCRA), their version of a health care bill to repeal and replace the Affordable Care Act (ACA, or Obamacare). They had hoped to pass it before the July 4 break. But on Tuesday, June 27, Senate Majority Leader Mitch McConnell announced the vote was postponed until after the holiday. This doesn’t mean the bill is dead; as CNN reports, GOP lawmakers hope to draft and vote on a compromise bill soon.

The postponement arrived after the nonpartisan Congressional Budget Office (CBO) scored the Senate bill on June 26, concluding that an estimated 22 million more Americans will be uninsured by 2026, reported The Washington Post. This would bring the total of uninsured Americans up to 49 million in 2026. Under the ACA, that total number is estimated to be 28 million. And under the House bill, called the American Health Care Act (AHCA), the total number climbs to 51 million.

The Senate bill is devastating to people with chronic and preexisting conditions and to low-income Americans. That’s because, as a Vox explainer notes, the Senate bill “begins to phase out the Medicaid expansion in 2021—and cuts the rest of the program’s budget too.… [The Senate Bill] would also limit government spending on the rest of the Medicaid program, giving states a set amount to spend per person rather than the insurance program’s currently open-ended funding commitment.”

In a statement to POZ about the health care bill, New York Democratic Senator Chuck Schumer had this to say:

“When the House passed their health care bill, a bill that President Trump himself called ‘mean,’ I thought it would be impossible for the Senate Republicans to conjure up a bill even worse than that one. Unfortunately, the Senate GOP’s version of Trumpcare has proven to be even meaner. The Senate Republicans’ bill includes even steeper cuts to Medicaid—a program that 42 percent of patients living with HIV/AIDS rely on—than the House bill, and millions of lives depend on it. Make no mistake about it—this proposal is anything but a health care plan. It is an unabashed tax cut for the richest few that would lead to higher costs and less care for the millions of hard-working Americans who desperately need it and cannot afford it. So we are going to be fighting this bill tooth and nail in the Senate.”

As soon as the Senate released its bill, activists renewed their fight against it. For more on what they’re doing—and what you can do—read “Urgent Action Alert: Help #KillTheBill” and “National HIV Call-In Day to Save Health Care.”

As they did when the House passed its bill on May 4, HIV and hepatitis organizations have been releasing statements condemning the legislation (for a roundup of reactions to the House bill, click here). Below is a selection of responses from the HIV and hepatitis communities. We will update this post as more statements arrive.

“Senate Health Care Bill Is Disastrous for HIV and STD Community,” reads the headline of a joint statement from AIDS United, the National Alliance of State and Territorial AIDS Directors (NASTAD), the National Coalition of STD Directors (NSCD), the National Minority AIDS Council (NMAC) and The AIDS Institute. Here is the entire statement:

Today, AIDS United, NASTAD, the National Council of STD Directors, NMAC and The AIDS Institute join together to condemn the inhumane Senate health care bill, which will decimate Medicaid, change private insurance reforms that protect people living with or at risk of HIV and/or STDs, and undermines public health infrastructure.

“The Senate health care bill will be catastrophic for our nation’s health care system. If passed, not only will people living with or at risk of HIV and STDs suffer, but our efforts to end the HIV and STD epidemics will be impeded,” stated Jesse Milan Jr., president and CEO of AIDS United.

“The changes to Medicaid, including the repeal of the expansion and the drastic cuts to funding beginning in 2020 will harm people living with and at risk for HIV and STDs. This proposal guarantees limited access to care and benefits,” added David C. Harvey, executive director of the National Coalition of STD Directors.

“This bill creates a false narrative that says it will help people with preexisting conditions, but instead it allows states to waive essential health benefits such as vital prescription drugs, mental and behavioral health services and preventive services. These cuts would allow insurers to deny the services people who are living with and who are at risk for HIV and STIs need to stay healthy,” commented Paul Kawata, executive director of NMAC.

“In addition, this bill eliminates funding for vital services provided by the Prevention and Public Health Fund, which funds 12 percent of the Centers for Disease Control and Prevention’s budget beginning in FY2018, just over three months away. This will decimate the federal government’s response to public health issues, including HIV and other STDs, and exacerbate the cuts proposed in the FY2018 President’s Budget,” observed Michael Ruppal, executive director of The AIDS Institute.

“We call on the Senate to reject this bill and protect people living with or at risk of HIV and STDs. The Senate must keep its promise to the American people and protect their care,” finished Murray C. Penner, executive director of NASTAD.

The HIV Medicine Association (HIVMA), a group of professionals specializing in HIV care, released a letter urging senators not to repeal the ACA. Signed by 319 medical providers and health care specialists, the letter reads in part:

[We] have an urgent need to speak out on behalf of our patients to strongly encourage you not to cap or cut federal Medicaid funding; phase out the Medicaid expansion or reverse key nondiscrimination protections that facilitate access to health care coverage for individuals with preexisting conditions and essential health services.

Within the first year of the Medicaid expansion, the uninsured rate among people with HIV dropped by 6 percent in expansion states and the percentage of individuals with HIV who had been effectively treated increased significantly. …

We see firsthand the high cost of being uninsured in the United States. Without health care coverage, patients are more likely to present late with diseases that would have been manageable if identified and treated earlier. For individuals with HIV, late diagnosis can result in a substantial decrease in life expectancy, often leads to dramatically higher health care costs with complex hospitalizations and loss of productivity and increases their risk of transmitting the virus to others. Similar consequences occur for conditions that are even more common among Americans, including cancer, diabetes, hepatitis C, heart disease and mental health and substance use disorders.

The Medicaid program improves the health of 69 million Americans, as well as our nation’s public health by providing access to medical care, prescription drugs, and other essential services to pregnant women, low-income individuals and families, including children and seniors. The Medicaid program covers nearly 50 percent of births and 39 percent of children age 0 to 18 years in the U.S. Based on a 2014 data analysis, the program serves more than 40 percent of patients with HIV. Unstable and decreased Medicaid funding would have a detrimental impact on a large number of people with HIV.

The statement then spells out seven policies that would help sustain Medicaid. You can read the entire position paper here.

“The bill as written threatens our progress in linkage, retention in care and viral load suppression—elements of an essential strategy to improve the health outcomes of people with HIV and to reduce transmission of HIV,” said CAEAR Coalition chair Graham Harriman. “We encourage you to call your senators to tell them they are responsible for addressing the coverage gaps and increased expenses the BCRA creates for persons living with HIV.”

Project Inform maintains that the BCRA, as written, threatens efforts to end HIV and hepatitis C.


“Like the version of this legislation approved by the House of Representatives, the Senate bill is a punishing and draconian proposal that prioritizes tax cuts for the rich over health care for the poor and sick,” said Project Inform executive director Dana Van Gorder.

“The Senate [bill] will result in the loss of health care for millions of Americans and make efforts to end the HIV and hepatitis C epidemics much more difficult,” he continued.“Many other Americans, especially seniors, will pay more for their health care coverage while receiving less actual coverage.... This legislation sends a powerful message that the lives of Americans who cannot afford their own health care are unimportant.”