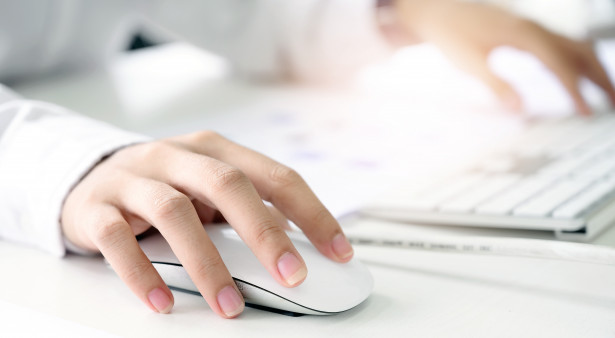 Hepatitis C screening orders jumped to 80% when doctors didn’t have to click to opt-in for patient screenings, a Penn Medicine study found.

What’s one way to get more people screened for hepatitis C? Simply reducing the number of clicks required on an electronic health record might do the trick. Researchers at the Perelman School of Medicine at the University of Pennsylvania found that orders for hepatitis C screenings doubled under a no-click system, meaning that doctors didn’t have to click an extra button on an electric form to opt-in for the screening; in other words, if their patients met guidelines for recommended screening for hepatitis C virus (HCV), then the screening was automatically ordered.

The researchers compared the no-click system with one in which the doctors had to take an extra step to order the screening. They found that when hep C screenings were made the default, the number of screenings ordered spiked to nearly 80%. Their results were published in JAMA Network Open.

“We expected there to be an increase in ordering, but not to this magnitude, since we were comparing the default order to a pop-up alert that already existed in the electronic health record,” Shivan Mehta, MD, associate chief innovation officer at Penn Medicine and an assistant professor of gastroenterology, said in a Penn Medicine press release. “The default order reduced effort by the clinicians by aligning the preferred choice with existing workflows while also reducing the number of clicks.”

Although having to click on an alert to order a screening may not seem like a big deal, eliminating that step produced “dramatic changes,” the press release noted. In fact, the screening rate went from 42% under the alert system to 80% in the no-click system. (The study involved more than 7,500 patient encounters; about 4,400 of them occurred under the preexisting alert system and 3,200 under Mehta’s new default no-click system.)

“Alert fatigue likely contributes to the high rates of clinician burnout in the U.S.,” said co–lead author Mitesh Patel, MD, an associate professor of Medicine at Penn and vice president for Clinical Transformation at Ascension. “This simple intervention both improved clinician workflow and identified patients who can receive treatment for hepatitis C sooner than they might have had the system not been in place.”

Hepatitis refers to inflammation of the liver. When untreated, it can lead to scarring of the liver (cirrhosis), liver cancer, the need for a liver transplant and death. Hepatitis can be caused by several factors, including toxins, too much alcohol, autoimmune diseases, fat in the liver and viruses, including the three most common ones: hepatitis A, B and C.

The most common hepatitis viruses are spread via contaminated food and water (hepatitis A) and shared needles and sex (hepatitis B and C). Transmission via blood transfusion is now very rare. Effective vaccines are available for hep A and B. What’s more, hep C is curable in most cases (but not HIV and hep B).

Despite recommendations, screening rates for hepatitis C remain low, noted the Penn Medicine researchers, adding that making small changes in the clinical setting can be beneficial.

“Our study,” Mehta said, “shows that there are opportunities to leverage nudges in the electronic health record to improve health outcomes, while maintaining physician autonomy.”

For a collection of related articles, click #Hepatitis C, where you’ll find articles such as