Even though non-alcoholic fatty liver disease (NAFLD) is not caused by drinking, individuals with NAFLD may need to avoid alcohol to protect their bodies, according to new research that suggests even light drinking may cause liver damage to become worse, Reuters reports.

Conducted by researchers in Seoul, the study examined data on 58,927 adults with NAFLD who had low levels of fibrosis, or liver scarring. The team followed these patients for at least eight years, after which 5,630 people were determined to have progressed to higher levels of liver damage.

According to senior study author Seungho Ryu of Kangbuk Samsung Hospital and Sungkyunkwan University School of Medicine in Seoul, “There was no safe limit of alcohol intake in relation to fibrosis progression.” Researchers theorized it’s possible that drinking leads to more extensive damage because it can contribute to inflammation and kill cells in the liver.

Medical experts who commented on the study also noted that people who drink alcohol often consume more empty calories than those who don’t, which may additionally contribute to worsening liver disease over time. Because NAFLD is primarily an obesity-related liver disease, doctors say the most important thing people can do to limit their risk of fibrosis is to control their weight and eating habits in addition to curtailing their alcohol consumption. 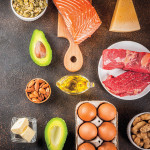 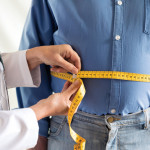