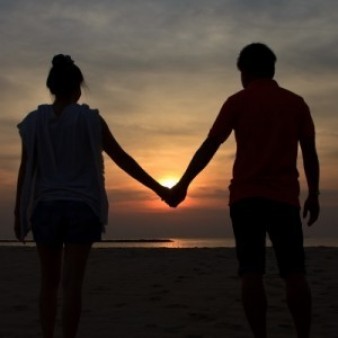 Before we become intimate, we need to talk about STIs and contraception. tiverylucky, at FreeDigitalPhotos.net

Romance in the Air? Take a Deep Breath and Disclose

Valentine’s Day may be a time to celebrate romance, but first you need a relationship. When you have chronic hepatitis B, starting a relationship and initiating sex is fraught with stress, hard disclosures, and the potential for break-up before an intimate relationship can even begin.

Recently, the Hepatitis B Foundation received this heart-breaking post from a 33 year-old man who thought his “inactive” hepatitis B could not be transmitted sexually.

“I’ve lived my entire life with this, but always thought it was just a normal thing (my mother said many Asians have it) and thought it was nothing to be concerned about as I never showed symptoms,” he wrote. “My doctor never said anything either. I lived my life thinking being a carrier was nothing out of the ordinary, and that I … could transfer it via blood, but could not sexually.

“I recently became sexually active with a wonderful girl who I care about dearly. The thought of my inactive hep-B never crossed my mind until after the act. It was irresponsible of me to not look into this more before we had sex, I admit, but I was not educated on the severity of this disease.

“After reading a bunch about it, I learned that even in the inactive state, it is possible, though not too likely, to transmit it sexually,” he explained. “I told her about this and she was understandably very upset. I asked her to get tested and to get the vaccine and also the immune globulin, which she will, but the conversation did not go over too well.

“I betrayed her trust and though she understands I wasn’t ‘hiding’ this from her, she said it was incredibly irresponsible of me to not understand my own condition and now have it potentially affect her (she is right). I’m not trying to pass the buck here, but I wish my doctor and parents told me more details about this when I was growing up. Regardless of what her tests come back as, I doubt our relationship will be the same, which breaks my heart, but I understand that I did something terrible.

“I’d like to know of ways to talk about this without eliciting too much fear. When I told her, I was very nervous because I didn’t know how she’d react and I was also very concerned for her health, which didn’t help things as she got very nervous as well. I tried to keep telling her that I was inactive and that transmission is not likely, but I couldn’t lie and say it was impossible,” he concluded.

When we disclose before sex–even if it’s safe sex with a condom–we don’t jeopardize the person’s trust in us–or their health–before the relationship deepens. Talking about hepatitis B helps reduce the stigma surrounding this infection and may even prompt the person to get vaccinated.

So how do we tell a potential partner that we have hepatitis B? Calmly and carefully. Here is one way to initiate disclosure: “Before we become intimate, we need to talk about STIs and contraception. The reason I’m bringing this up is that I have hepatitis B. You need to know that, and we need to decide how to protect ourselves… ”

Do some research. Having a thorough understanding about hepatitis B can make it easier for you to explain it to a potential partner. The more you know, the less you fear, and the more comfortable you will be in dispelling their fears and conveying a sense of truth and integrity.

Here are some tips from the American Sexual Health Association for disclosing an STI.

Disclosure is the right and ethical thing to do. How they respond is out of your control, but their response might just surprise you.