Are You at Risk for Viral Liver Disease? Find Out on National Hepatitis Testing Day

May 19, 2016 marks the fifth annual observance of National Hepatitis Testing Day in the United States, the peak of National Hepatitis Month, a monthlong awareness campaign led by the U.S. Centers for Disease Control and Prevention (CDC) that focuses on viral liver disease treatment and prevention.

The event is an opportunity to educate both healthcare providers and people across the country about who should be tested for hepatitis B virus (HBV) and hepatitis C virus (HCV), which today kill more Americans than any other infectious disease, including HIV. Currently, the CDC recommends one-time testing for all baby boomers, those individuals born between 1945 and 1965, anyone who received a blood transfusion or organ transplant prior to the early ’90s and former injection drug users. Other groups targeted via National Hepatitis Testing Day initiatives include Asian Americans, American Indians, incarcerated individuals and people who currently use injection drugs.

To become involved with National Hepatitis Testing Day online, follow @cdchep on twitter or head to the CDC’s website for free hepatitis resources, testing tools, publications, campaign updates and a running list of events taking place across the country. Or check out the hashtags #HepAware, #HepTestingDay and #hepatitis to spread awareness on social media.

Hepatitis C Testing, Treatment Fell in the Early Months of the COVID-19 Pandemic 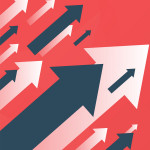