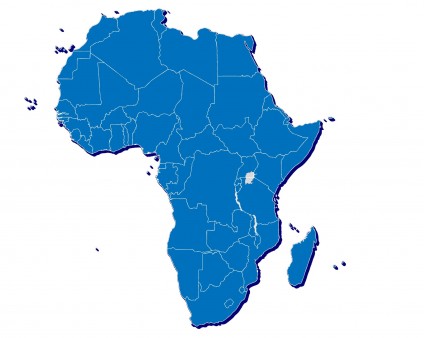 Researcher Investigates How Hepatitis Became a “Hidden Epidemic” in Africa

An op-ed posted on The Huffington Post details how viral hepatitis has become a “hidden epidemic” in Africa. Across the continent, hepatitis B virus (HBV) currently affects an estimated 100 million people and hepatitis C virus (HCV) affects an additional 19 million.

The report, originally published on the academic and scientific research blog The Conversation, also calls for urgent action in Africa by international nongovernmental organizations (NGOs) and civil society organizations, such as community- and faith-based groups, arguing that despite the epidemic’s comparable effects, viral hepatitis has not received the same degree of attention or funding as HIV/AIDS over the last 20 years.

Fanny Chabrol, a postdoctoral fellow in global health at Inserm, the French National Institute of Health and Medical Research, wrote the paper as part of a European Council GlobHealth project.

The article notes that unlike the epidemics in the United States and Europe, where hepatitis B and C are mostly associated with injection drug use and unsafe medical practices, viral hepatitis in Africa appears to be a generalized epidemic. For instance, various estimations by the World Health Organization (WHO) put hepatitis B prevalence at around 8 to 10 percent of the population in many countries across the continent.

The report also points out that viral hepatitis infection appears to be driven by a lack of widespread HBV vaccine coverage, weak health care systems and a history of unsafe blood transfusions and medical procedures.

Chabrol also notes that access to treatment for hepatitis C is far different on the continent. Currently, only 1 percent of chronic carriers are able to access hepatitis treatment of any kind.

What’s more, in many African countries, the only HCV treatment available is injections of pegylated interferon — an injectable therapy that is out-of-date, much less tolerable, and far less effective therapy than the HCV treatments available in Europe and the United States. Health workers in Africa also report that hepatitis testing and pre-therapeutic assessments post-diagnosis are prohibitively expensive for most people in the region.

The paper concludes by arguing that the fight against hepatitis in Africa can be informed by previous efforts to combat HIV and the recent Ebola outbreak. Both of those epidemics proved that massive medical interventions across the continent must target more than just treatment — and that community support, prevention strategies, access to clean water, hospital hygiene and safety and advocacy work are essential for mitigating the spread of the viruses.