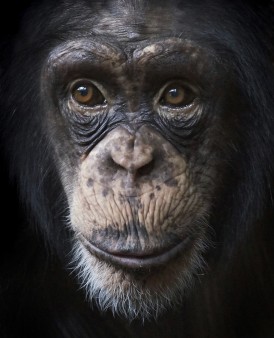 The National Institutes of Health (NIH) plans to retire all the nearly 300 government research chimpanzees to sanctuaries—allowing the endangered animals, many of which were intentionally given HIV and hepatitis throughout the years, to live out the rest of their lives free from medical experimentation, CNN reports.

The decision reverses the NIH’s longstanding policy to continue with chimpanzee testing, despite the species’ scarcity and internationally protected status. Before now, the government agency argued that the animals were needed for “critical research” to help save human lives.

However, after reassessing the issue, the NIH believes the need for chimpanzee research in the United States has shrunk to “essentially zero.” The first set of retired NIH chimps could arrive at an approved sanctuary in Louisiana called Chimp Haven early this year.

In the meantime, Chimp Haven has launched a capital campaign to help fund the effort. The U.S. government may also pay for part of chimp’s accommodation.