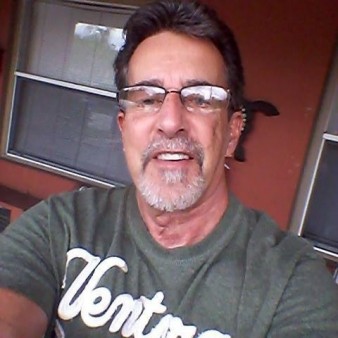 I HAD hep C for nearly 45 years. I was diagnosed with it in May 2000, and I had genotype 3a. My first biopsy revealed stage III, grade 4, with mild fatty liver. My first treatment was later that year, and it consisted of interferon and ribavirin. I was on a higher dose of interferon for 15 months. I responded very slowly, but was never even near undetectable. In January 2002, I switched over to the newly approved peginterferon. I responded immediately, and by March, I was undetectable. I was on treatment for 18 months, but the virus resurfaced three months after I stopped taking the medication. I was put back on peginterferon and ribavirin. I was undetectable in three months and continued treatment for a total of six months. However, the virus resurfaced again three months post-treatment.

About six months later, we did another biopsy and genotype test. My liver improved and I was stage F2, grade 2 with no fatty liver. I was also diagnosed with genotype 1b. Now we understood why I wasn’t responding and why I was still detectable. My doctor theorized that I had two different genotypes at the same time. We had killed off the 3a but not the 1b.

Soon thereafter, I took over running a local hep C support group, which I continue running today. I also started working as a counselor in a methadone clinic, where over a third of my patients were hep C positive. I counseled them on how to deal with this insidious virus. Soon other patients sought me out and I quickly became “the hep C guy.” I really enjoyed spreading knowledge and encouragement.

My doctor and I continued to monitor my liver and the virus. Around 2008, I had another biopsy. I was now diagnosed at stage F1. At the start of 2014, I started hearing about people being cured with Sovaldi and Olysio. These two drugs were FDA-approved but weren’t approved to be used together. I was waiting for AbbVie’s Viekira Pack to be released because of the great results being published.

By July of 2014, I couldn’t wait any longer. I asked my doctor to prescribe Sovaldi and Olysio off-label. My doctor filed the paperwork, and because everyone was usually denied the first time, I figured I’d be waiting. I was approved within 24 hours! I guess my new “Mr. Lucky” tattoo really worked. I started treatment two weeks later. My liver enzymes were normal in three days, and I was undetectable in two weeks! I was undetectable at the end of treatment and it stayed that way. I am cured! My primary care doctor is monitoring my liver enzymes, and the most recent were in the teens. My ALT wasn’t 17 when I was 17. I go for a 10-month post-treatment viral load soon, but I’m confident all will be fine. I now advocate to everyone that if you can get treatment, go for it. Peace, my brothers and sisters, peace.

What is your greatest achievement?
Getting rid of hepatitis C

What is your greatest regret?
That the cure didn’t come soon enough for the many who died

What keeps you up at night?
The resistance from insurance companies to pay for the cure for so, so many

If you could change one thing about living with viral hepatitis, what would it be?
That it would make people aware that they have something wrong and to go to the doctor to get checked out

What is the best advice you ever received?
Drink plenty of water and live a healthy lifestyle.

What person in the viral hepatitis community do you most admire?
Alan Franciscus

What drives you to do what you do?
Compassion and empathy

What is your motto?
Never give up!

If you had to evacuate your house immediately, what is the one thing you would grab on the way out?
The pictures of my mom and dad

If you could be any animal, what would you be? And why?
A little kitten. Who doesn’t love a kitten?