Hepatitis and the Pharmacology of Greed

A Georgia doctor offers commentary on Gilead’s decision not to continue with co-development with BMS. 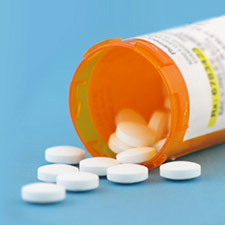 I was eight years old, making rounds at the hospital with my father, when I first met the Yellow Man.

His eyes were an astonishing saffron color. His skin was also striking — an iridescent bilious hue.

My father sat poring over the Yellow Man’s voluminous chart in the nurses’ station, reading glasses perched on the end of his nose, while I tried my best to stay quiet.

“Why is he that color?” I asked my dad in a whisper.

“He has hepatitis,” my father said matter-of-factly, never looking up.

I nodded. I was fascinated. I even talked to my third-grade class about the Yellow Man later that week in Show and Tell. But I had no clue what my father was talking about when he told me that the Yellow Man had “hepatitis.”

You see, I am a gastroenterologist. In my medical specialty, we deal with Yellow Men (and Yellow Women) just about every day. And many of them have various forms of hepatitis, or inflammation of the liver.

Some get it from alcohol; some, from medication. But an emerging variable in the growing liver disease population is hepatitis C — a viral illness that is now the leading cause for liver transplants in this country.

Over 170 million people worldwide have hepatitis C. More than 4 million of those people are in the United States. A lot of those folks acquired hepatitis C through blood transfusions (there was no blood test for the virus before 1989); some got it through IV drug use, or through tattoos and body piercings. A shocking 30 percent have no risk factors for it, and have no idea how they became infected.

So why is hepatitis C a problem?

Because it is a stealth epidemic.

You see, most people with this disease are not “yellow.” In fact, most of them have no symptoms at all. None, that is, until they develop cirrhosis and liver failure — or worse still, liver cancer. Hepatitis C is now the leading cause of liver cancer in the United States, and is the most rapidly increasing cause of cancer death in this country.

Let that sink in for a moment.

Traditionally, hepatitis C has been treated with a combination of an injectable drug called interferon and another orally-administered medicine called ribavirin. It’s a grueling regimen, resulting in nausea, malaise, weight loss, skin and hair changes, anemia, thyroid problems and depression in many patients.

Moreover, the cure rate (technically called “sustained virologic response,” or SVR) for this regimen is less than 40 percent after 48 weeks of treatment. Many people cannot complete the full course of therapy because of the horrendous side effects.

Now, to the punchline.

The gist of Dr. Sulkowski’s presentation is this: After a mere 12 weeks of treatment with this new regimen, the “cure” (SVR) rate for hepatitis C was an astonishing 93 percent.

When I read this, I literally stood up and whooped.

Hepatitis C patients have been waiting for a treatment regimen like daclatasvir and sofosbuvir for decades. It’s a true rarity in medicine — an honest-to-goodness game-changer, a phenomenally effective regimen for a serious, life-threatening disease that is also safe and well-tolerated.

The only problem? The two drugs are owned by different companies — daclatasvir is a Bristol-Myers-Squibb drug, while sofosbuvir is made by Gilead Sciences.

For reasons that are almost certainly financial in nature, Gilead has refused to do further work on this drug combination with Bristol-Myers Squibb, so there will be no further study of the regimen. With no Phase III trials, that means that the daclatasvir/sofosbuvir combination regimen will likely not be approved for use by the FDA.

Gilead has issued no formal commentary about why it does not wish to pursue further development of the new regimen, although there is speculation that it is altering its focus to produce single-tablet combination regimens — a product line that has been highly successful for the company in the treatment of HIV.

In fact, Gilead is doing quite well financially. It is a company with over $4 billion in annual revenues and over 4,000 employees. Its average margin of profitability over the last five years has been a whopping 34 percent.

Moreover, the total return to its shareholders on Gilead’s stock has been nearly 95 percent over the past year.

Still, the salient question is this: Should Gilead Sciences’ profitability trump doing what is right?

Since Dr. Sulkowski’s data presentation at the AASLD meeting in Boston this past November, over 200,000 hepatitis C patients worldwide have died of complications of their disease. Meanwhile, Gilead, a tremendously profitable corporation, refuses to consider the development of a drug regimen that could have cured most of those individuals in the pursuit of even greater profits.

I find that unconscionable. In fact, I find it patently offensive.

This article originally appeared on Savannah Now. It is reprinted with permission from the author Mark Murphy, M.D., a Savannah physician and writer.