Stop me if you’ve heard this one before.

The top executives of seven drugmakers appeared before the Senate Finance Committee to explain why prescription meds are “outrageously expensive,” as Senator Ron Wyden (D-Oregon) put it, especially when compared with the prices of drugs in other countries.

The result? Pharma leaders shifted the blame to the insurance industry and pharmacy benefit managers, NPR reports. They also mentioned that their companies must invest in costly research and development in order to manufacture the drugs. In fact, Richard Gonzalez, the CEO of AbbVie, warned that if drug prices were lowered in the United States, his company would not be able to maintain its current level of investment in research and development.

The CEOs tried to make the case that the list price for a drug is not the price many patients end up paying thanks, for example, to rebates and discounts negotiated with insurers and pharmacies and that therefore list price is not a good gauge for a med’s true cost to the consumer.

The senators didn’t seem to buy this argument. “For a patient taking a drug that has no competition, the list price becomes very important,” said Senator Chuck Grassley, (R-Iowa), according to NPR.

Wyden added: “I think you and others in the industry are stonewalling on the key issue, which is actually lowering list prices. Lowering those list prices is the easiest way for consumers to pay less at the pharmacy counter.”

Lawmakers and pharma leaders discussed whether the government should be able to negotiate prices through Medicare (drugmakers don’t like this proposal), and they talked about a Trump administration proposal to change the way rebates and deductibles are calculated (which many patient advocacy groups oppose because it will limit co-pay assistance; for more on that, click here).

If all of this sounds familiar, it’s because it’s the same song and dance consumers have been hearing for decades. “Talk about déjà vu,” writes Kaiser Health News in an article that looks at senatorial hearings about high drug prices—hearings that took place in 1959.

The Kaiser article points out the unfortunate fact that 60 years ago, despite the outrage and inquiry over expensive meds, lawmakers did not enact cost-control measures. Each decade since has witnessed congressional hearings about the rising prices of prescription meds.

Will today’s hearings finally result in any big changes? By most accounts, not likely. The Washington Post rounds up some takeaways from the “unremarkable” hearings, noting that pharma CEOs did not commit to lowering prices and that “Congress could have been tougher on drug executives.” 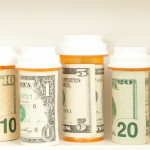