Should People With NAFLD or NASH Be Monitored for Liver Cancer?

Those with fatty liver disease and cirrhosis should undergo regular screening.

People with non-alcoholic fatty liver disease (NAFLD) or its more severe form, non-alcoholic steatohepatitis (NASH), who have developed cirrhosis should be monitored regularly for liver cancer, a leading liver disease expert advised at the American Society of Clinical Oncology Gastrointestinal Cancers Symposium last week in San Francisco. Those without cirrhosis, however, are at low risk and probably don’t need routine screening. 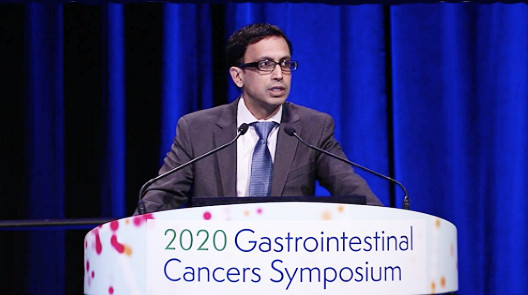 Hepatocellular carcinoma (HCC), the most common type of liver cancer, is often detected late and is difficult to treat, making it one of the leading causes of cancer-related death. Hepatitis B and C and heavy alcohol use are well known causes of liver cancer. But fatty liver disease—a growing problem both in the United States and worldwide—can also cause this malignancy.

The buildup of fat in the liver triggers inflammation, which over time can lead to fibrosis (scarring), cirrhosis and liver cancer. There are currently no approved medications for NAFLD or NASH, and prevention and management rely on lifestyle changes such as weight loss and exercise.

Amit Singal, MD, medical director of the liver cancer program at the University of Texas Southwestern Medical Center, gave an overview of fatty liver disease and HCC, focusing on the importance of monitoring for liver cancer.

Liver cancer is more easily treated if caught early, at which point it can sometimes be surgically removed or tumors can be destroyed with local therapies.

“If we find people at an early stage, these patients are eligible for curative therapies, and the median overall survival is well over five years,” Singal said. Despite advances in systemic therapy, those diagnosed at later stages have a median survival of around one to two years. “So, really, we can say that one of the most important things we can do to reduce the mortality is finding patients at an early stage.”

For this reason, guidelines recommend that people at high risk of developing liver cancer should undergo regular screening with ultrasound scans and in some cases blood tests for alpha-fetoprotein (AFP), which may be elevated in those with HCC.

The cost effectiveness of screening is based on how often a condition occurs in a population, known as its incidence. But the true incidence of HCC in NAFLD/NASH patients without cirrhosis, as well as the threshold that would make screening cost-effective for this group, remain unknown.

Yet it’s clear that fatty liver disease is a growing cause of liver cancer. NASH-related HCC is expected to increase worldwide, including a projected 122% rise in the United States from 2015 to 2030, Singal said.

People with NAFLD or NASH who have developed cirrhosis are at substantial risk for liver cancer. One study found that people with NASH and cirrhosis had an annual HCC incidence of 2.6% over a median follow-up period of about three years, compared with a 4.0% incidence for those with hepatitis C and cirrhosis.

Singal pointed to a meta-analysis by his group that found that people with cirrhosis who underwent HCC surveillance were nearly twice as likely to reach the three-year survival milestone as those who were not screened.

“This is highly concerning, and it breaks down our clean, identifiable patient population for conducting surveillance,” Singal said.

Nonetheless, NAFLD and NASH patients without cirrhosis have a very low absolute risk of developing liver cancer. A study from Taiwan found incidence rates of 0.2% at one year, 0.8% at three years and 1.0% at five years. Another Veterans Administration study found that while people with NAFLD and cirrhosis had a cumulative HCC incidence rate of 1.06 cases per 100 patients per year, this fell to just 0.008 cases for those without cirrhosis—well below the accepted cost-effectiveness threshold.

“This is a relatively simplistic way of looking at this, in terms of being obtuse that we should do surveillance in all patients with cirrhosis and no surveillance in non-cirrhotic patient populations,” Singal said. “ I think we are trying to get not only toward precision treatment but also precision screening.”

While the absolute risk of HCC in NAFLD and NASH patients without cirrhosis is low for all subgroups, the risk is relatively higher for older individuals and those with elevated ALT liver enzyme levels. These factors could help guide decisions about who could benefit from screening.

Fortunately, new tissue and blood biomarker tests are being developed to better predict who is at high risk of developing liver cancer.

In the meantime, Singal summarized, patients with NASH cirrhosis appear to have a high risk of HCC and should undergo routine surveillance with ultrasound, with or without AFP testing, every six months.

“Although we know that about one third of patients with NASH-related HCC occur in the absence of cirrhosis, the annual incidence is low and surveillance is likely not cost effective,” he continued. “We clearly need further studies to assess the effectiveness of HCC surveillance in NASH populations.”