Should People With Hepatitis C Be Extra Cautious With Supplements?

Herbal and dietary supplements can sometimes cause liver injury, which may be particularly problematic for those with a hep C–damaged liver.

Herbal and dietary supplements are booming in the United States. About a third to half of adults take them, spending over $35 billion annually, up from $10 billion in 1994.

As a general rule, consumption of these products is not backed up by science. There are indeed some clear, proven health benefits of taking supplements, in particular if someone has a mineral or vitamin deficiency. However, recent research suggests that most people taking supplements reap no benefits at all.

Some supplements may in fact be hazardous. About 20 percent of the cases of liver injury in the United States result from supplement use, a proportion that is expanding along with such products’ overall popularity.

For individuals living with hepatitis C virus (HCV), potential sources of harm to the liver in addition to the virus are of particular concern. For example, physicians tend to advise their patients with hep C not to drink alcohol at all or to at least cut back as much as they can to avoid accelerating the liver damage that the virus can cause.

Herbal or botanical supplements; vitamins, minerals, amino acids and protein supplements; and performance-enhancing supplements, some of which may contain some form of illegal anabolic steroids, all fall under the supplements umbrella. The biggest liver-injury culprits are anabolic steroids, green tea extract and, most of all, the rather broad category of nutritional supplements that contain multiple ingredients. Multi-ingredient supplements suspected of causing liver injury present a great challenge for researchers because it may be difficult to identify individual ingredients and ultimately determine which are likely responsible for the ill effects to the liver.

People suffering from supplement-prompted liver injury typically experience inflammation of the organ so severe that it does not function properly. They may experience jaundice (a yellowing of the skin and eyes) and develop confusion. Usually, such effects occur about one to four months after an individual starts taking a product and resolve within one to two months.

Victor J. Navarro, MD, a liver specialist at Einstein Healthcare Network in Philadelphia, is the lead author of a new paper in the journal Hepatology that summarizes a recent symposium of researchers in which they examined how herbal and dietary supplements may raise the risk of harm to the liver.

Although the paper does not address hep C specifically, Navarro says that if people with hep C do not have evidence of liver damage, including fibrosis (scarring) or cirrhosis (advanced scarring), they are at no more risk of supplement-prompted liver damage than the general population. As for HCV-positive individuals who do have fibrosis or cirrhosis, they may be at risk of a more severe impact to the liver from supplements. It’s not that supplement-prompted injury to the liver is any more likely among them, according to Navarro, but that the consequences could be worse if they do experience such an outcome.

When weighing taking supplements, Navarro advises, “First, the question is whether there’s a real need,” such as a vitamin deficiency.

According to Navarro, “The problem is [if supplements] are not prescribed by a physician the labels may not be accurate, and they may contain adulterants, things that are either pharmaceutical or nonpharmaceutical stuff, and we don’t know the effect on the body; they’ve never been tested for safety in humans. The other issue is that people may see them as safe because they’re so readily available, so they take too much.”

The cloud of mystery surrounding supplements is a by-product of the controversially lax regulations of such products that manufacturers enjoy in the United States. Under the 1994 Dietary Supplement Health and Education Act, federal law classifies supplements as foods as opposed to drugs and considers them safe to consume unless proved harmful. While drugs are registered with the U.S. Food and Drug Administration (FDA), supplements are not, leaving the federal agency with limited capacity to advise the public on the safety of their use. Additionally, manufacturers do not always print all the ingredients of a supplement on the product label or provide information on ingredient concentrations or purity.

Supplements manufacturers are also not required to prove that their products are effective at treating health conditions, although they are not allowed to make specific medical claims, such as stating that a product lowers cholesterol. They can, however, more generally tout a product’s benefits, by saying, for example, that it enhances sexual pleasure or liver health.

Although a 2007 federal law requires supplements manufacturers to report serious adverse health reactions to their products to the FDA, such problems are likely quite underreported, according to the recent Hepatology paper. The FDA also lacks the teeth to respond aggressively to concerns about supplement safety.

When it comes to counseling people with hep C about specific supplements, Navarro strongly advises against the use of steroids, saying, “There’s no way to guide people on safely using [them].”

Research has linked anabolic steroids to liver injury that leads to a prolonged period of jaundiced skin, usually about one to six months after an individual starts taking one or a performance enhancement product containing such a steroid.

Green tea extract, which manufacturers extoll as a weight-loss aid and antioxidant, has become a very popular supplement. The science behind these claims is hazy at best and any concrete findings come only from laboratory studies—research conducted in neither humans nor other animals. According to Navarro’s recent paper, actual human studies of green tea consumption among “have not demonstrated an effect on weight loss, although small studies have suggested a trend.”

Although liver injury resulting from green tea extract is rare, it can be serious. In one long-running study published in Hepatology in 2014 and also helmed by Navarro, those who suffered liver injury prompted by green tea extract usually experienced the health problem within one to three months of starting the product. Typically, the liver injury eventually resolved on its own. However, up to 10 percent of such cases may be fatal.

In some instances, contamination of a supplement may be the reason it leads to liver injury. Toxic elements may be to blame, but supplements may also contain unknown herbs or illicitly include conventional Western drugs, such as erectile dysfunction medications, nonsteroidal anti-inflammatory drugs (NSAIDs), statins (used to lower cholesterol) and corticosteroids.

There have also been examples of specific products causing an outbreak of liver injury, as was the case in Hawaii in 2013 with a weight-loss and muscle-building product called OxyELITE Pro. Ultimately, the state department of health identified 36 people who took the product and experienced liver injury along with jaundice. One person died and two others underwent liver transplants. Ultimately, the manufacturer pulled the product.

All this notwithstanding, Navarro believes that when it comes to the supplements at the average grocery, drug or health food store most are safe if used as directed.

For more information about the safety of dietary supplements, visit the websites of the National Institutes of Health’s Office of Dietary Supplements and the National Center for Complementary and Integrative Health.  To search an NIH database of the potential harms to the liver of specific medications or supplements, click here. 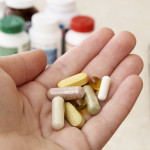 I am starting hepatitis C treatment. Should I stop taking milk thistle? 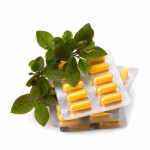