The participants were treated by a specialist, primary care physician or nurse practitioner. They were not randomized into these groups. The providers all went through the same three-hour training on the Infectious Disease Society of America (IDSA)-American Association for the Study of Liver Disease (AASLD) guidelines for hep C treatment.

Ninety-six percent of the study population was black, 72 percent had genotype 1a of hep C, 24 percent were coinfected with HIV, 18 percent had been treated for hep C before and 20 percent had cirrhosis.

A total of 285 participants achieved a sustained virologic response 12 weeks after completing therapy (SVR12, considered a cure), for a cure rate of 93.8 percent when discounting those who stopped treatment early and 88.2 percent when including those individuals. There was no significant difference in the cure rate based on what sort of medical provider individuals saw for their hep C treatment. A total of 92.1 percent of those cared for by specialists were cured, as were 96.7 percent seeing primary care physicians and 94.9 percent of those who saw nurse practitioners. 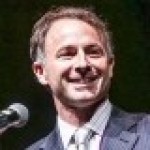 Without a Vaccine, Eliminating Hepatitis C Will Be a Huge Challenge