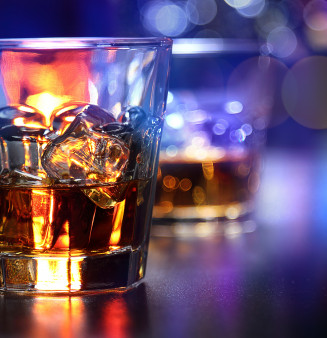 Researchers suggest the process is safe and may help reduce alcohol cravings.

Alcohol cravings lessened, and quality of life improved in people with cirrhosis and alcohol use disorder after they were given a fecal microbiota transplant (FMT), according to findings presented at the Digital International Liver Congress.

Chronic alcohol use can lead to intestinal inflammation, increased gut permeability and changes in the composition of the gut microbiome. Previous research has brought up links between heavy alcohol use, which can lead to cirrhosis, and an altered gut-brain axis, suggesting that changing the gut microbiome may be beneficial. While FMT—which involves transferring stool from a healthy individual—has been shown to alter the gut microbiome and affect brain function in people with cirrhosis, its impact on those who continue to imbibe is unknown.

So Jasmohan Bajaj, MBBS, MD, of the Virginia Commonwealth University and McGuire VA Medical Center in Richmond, and colleagues conducted a double-blind, randomized clinical trial to establish the impact of FMT on cravings for alcohol in people with cirrhosis and alcohol use disorder who keep drinking.

The team enrolled 20 men with cirrhosis and ongoing alcohol use disorder who had made multiple unsuccessful attempts at rehabilitation. The average age was 65, heavy alcohol use had occurred for 34 years and they had been diagnosed with cirrhosis for nine years. People with very advanced liver disease were excluded.

The participants were randomly split into two groups. One group received FMT, and the other received a saline solution as a placebo.

The FMT sample came from a single donor who had high levels of Lachnospiraceae and Ruminococcaceae bacteria. The team gave the participants the treatment or placebo as a single dose through an enema.

During follow-up visits, they took note of the safety of the procedure as well as related adverse events. Before beginning the trial and on day 15, the participants completed an alcohol craving questionnaire and quality of life assessment, underwent cognitive testing and submitted a stool sample for microbial analysis.

The researchers found that the FMT group experienced a significant drop in alcohol craving after the intervention. This group also had improved quality of life scores, although changes in cognitive performance were inconsistent. In comparison, the placebo group showed no such improvement. The team reported no adverse events or differences in safety between the two groups.

In the treatment group, the gut microbiome grew more diverse after receiving FMT. On day 15, this group had higher levels of Odoribacter compared with the baseline level. At the same time, FMT recipients had higher amounts of Alistipes and Roseburia bacteria compared with those who received the placebo. Levels of short-chain fatty acids, produced by beneficial bacteria in the gut, rose after FMT.

“FMT was safe and shown to have an impact on reducing short-term alcohol cravings and improving psychosocial quality of life in patients with cirrhosis and [alcohol use disorder],” Bajaj said. “The relative abundance of short-chain fatty acid-producing bacteria identified in patients with higher diversity after FMT demonstrates that altering the gut-brain axis is a potential avenue to alleviating alcohol use disorder in those with cirrhosis.”

Click here to view the abstract presentation at EASL 2020.