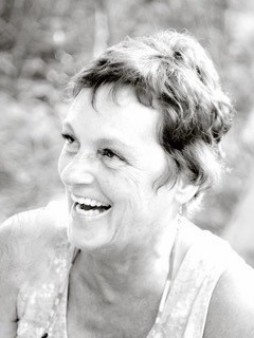 I have waited 40 years for a true hep C cure. When Harvoni came out, I knew it was time. Up until then, I was fortunate enough to be able to keep my liver functioning well through a healthy diet. I had no cirrhosis or previous treatment, and I had genotype 1b.

To my surprise, my prescription plan sent a letter stating that they would cover it. I called Humana to find out what the co-pay would be. For the first month, it would have cost me $4,500! The co-pay would be less for the second and third month, since the first huge co-pay would put me in the “catastrophic” level of coverage. Regardless, $4,500 was completely out of the question for me.

I called Gilead back and told them my situation. They gave me the names of two nonprofit organizations that award grants to help people get medications they cannot afford. By then I was so discouraged that I thought I would never qualify for a grant, so I put off calling them for several weeks. Finally, I called the first one, and within 10 minutes, I had $15,000 (their maximum grant amount) to completely cover my co-pays! They gave four sets of numbers over the phone to give to my pharmacist, so I could pick up my Harvoni quickly. I went to my pharmacy with my prescription. They told me that they had worked with that nonprofit before, and that I would be getting three months of Harvoni for FREE!

Here is the information that Gilead gave me for the two organizations:

My story gets a little crazy at this point—well, OK, a LOT crazy. Two weeks after I started taking Harvoni, I contracted a severe MRSA infection in my knee from a cortisone shot. MRSA is very serious when it’s in a joint, and I ended up in the emergency room just a few days after the shot. The pain was so severe that it took injections of both morphine and Dilaudid to give me relief. The next day, I had emergency surgery to clean out the infection and was started on the strongest IV antibiotic there is, vancomycin. Also during the surgery, I experienced atrial fibrillation (a-fib), which I didn’t even know I had until then. It was so bad they almost had to shock my heart, but it went back to a normal rhythm on its own at the last minute. Then I had another episode of a-fib two days later, so I was transferred from the orthopedic wing to the cardiac “tower” for the rest of my eight-day stay.

After that, I was transported to another hospital closer to my home for continued care. I needed IV treatments, physical therapy, occupational therapy, and so on. My total hospital stay at both hospitals was nearly three weeks. When I finally returned home, I continued to have daily IV infusions of vancomycin through a PICC line for more than five weeks. Eventually I was transitioned to strong oral antibiotics. I was so nauseated the entire time that I could not even think about eating. I lost 20 pounds in eight weeks.

Throughout the whole ordeal, I continued to take my Harvoni every day, praying that all these strong medications would not interfere with its ability to cure the hep C. All the doctors assured me that they should not interfere, so I was praying for complete healing. My infectious disease doctor, however, said that it would be a good idea to be tested for hep C after I finished the Harvoni, given what I’d been through, just to be sure. So that is what I did, and thank God, it came back undetectable!

I hope that this information helps others in some way. God bless!

What is your greatest achievement?
My daughter

What is your greatest regret?
Not allowing Christ to come into my life earlier

If you could change one thing about living with viral hepatitis, what would it be?
I tried to eat a very healthy diet (little meat or dairy) but could have done better; I had really good results when I was able to adhere to a raw vegan diet.

What is the best advice you ever received?
Think about what you’re thinking about (it affects your entire outlook on life).

What drives you to do what you do?
Hope and determination—the Holy Spirit

What is your motto?
Deuteronomy 31:8: “He will never leave you nor forsake you.”

If you had to evacuate your house immediately, what is the one thing you would grab on the way out?
My kitties

If you could be any animal, what would you be? And why?
An eagle, because they are free and strong