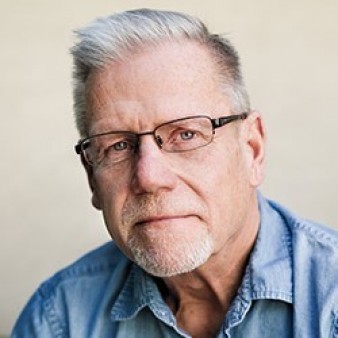 From Patient to Advocate: Alan Franciscus of the Hepatitis C Support Project

It took Alan Franciscus two years to get diagnosed with hepatitis C virus (HCV) after first feeling symptoms and three attempts to be cured of the virus once the diagnosis was confirmed. Today, he is dedicated to raising public awareness of all aspects of HCV through his work as executive director of the Hepatitis C Support Project and editor-in-chief of the HCV Advocate website. Hep talked to Franciscus for this ongoing series featuring people making a difference in the hepatitis community.

In 1994, Franciscus had moderate to severe fatigue and other mild flu-like symptoms. He had many tests over a two-year period to try to determine the cause of his condition, but it wasn’t until a new primary care physician gave him a hepatitis C antibody test that he was properly diagnosed. At the time, Franciscus had never heard of hep C; a week later, he found out he was positive.

Three months later, he tried the then available treatment for the virus, injectable interferon monotherapy, but did not achieve a cure. He tried a variation of the treatment again in 1999 to no avail before finally being cured with pegylated interferon plus ribavirin in 2002. (You can read about his journey with the virus here.) Fortunately, for those who get diagnosed these days, current treatments are much more effective and shorter and cause fewer side effects.

During his fight against the virus, Franciscus realized there was no one educating people or providers, who often don’t think to test for HCV. With that in mind, he started the Hepatitis C Support Project, a patient organization based in West Sacramento, California, and the monthly newsletter The HCV Advocate, which is published on the website of the same name (www.hcvadvocate.org). Franciscus has also conducted a national hepatitis C train-the-trainer program.

Armed with these tools, Franciscus seeks to provide basic information to patients to help them advocate for themselves and comprehensive information to service and medication providers so they can help and educate patients. He explains that it’s especially rewarding to see and hear patients become their own advocates, saying “I love it when I hear about patients who made it through the health care maze and are ultimately cured of hepatitis C.”

He also urges everyone to get tested because “hep C is not a death sentence if caught in time; this disease can be cured.” As for raising awareness, he believes it can be as simple as individuals sharing their stories. In fact, if he’d heard such a story, Franciscus might’ve ended up being tested for the virus sooner. “When we do trainings,” he says, “we ask participants to develop an action plan, something that they can do in their communities. At one training, a person made a commitment to tell 20 people about hepatitis C. Can you imagine if everyone affected by hepatitis C would make that commitment?” After all, 75 percent of the 3 million people living with the virus don’t know they have it.

For the newly diagnosed, Franciscus has these words of advice: “Learn as much as you can, get a good medical provider, get treated and get cured. Everyone with hepatitis C has the right to medical care and treatment.” And though it may be a daunting challenge, Franciscus believes elimination of the virus is possible but warns, “We must test and treat everyone who has it. People who inject drugs are frequently left out of the elimination equation. However, we can’t ignore the number one group of people who now acquire hepatitis C. Comprehensive services and treatment need to be available to everyone.”

Committed as Franciscus is to his cause, it’s not all work and no play for this hep advocate, who also happens to be a bit of a hepcat. When he’s not busy doing outreach, he loves to go on long walks with his dogs and listen to old jazz (Dave Brubeck, Billie Holiday) and new jazz (Steve Coleman, Jeff Parker) while reading a good book.

In 2014, Franciscus was on the cover of Hep magazine; you can view that issue here.