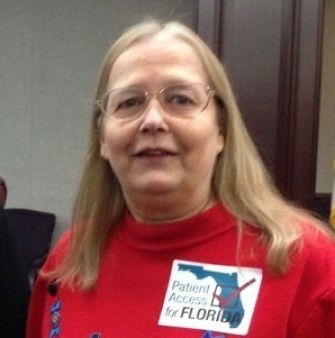 I was diagnosed with hepatitis C in 1997; I was 49 years old. For years, before my diagnosis, I experienced unexplained fatigue and bouts of pneumonia that required hospitalization. Physicians were baffled by my illness. My symptoms were similar to those caused by HIV, though every test for it confirmed I was negative.

During a literature review, my gastroenterologist found a study in which the participants had symptoms similar to mine. The study followed people living with hepatitis C virus (HCV). After years of not knowing what was making me so sick, I tested positive for HCV. I was shocked to learn I had it. I was a health care worker, and neither my physician nor I was educated on hepatitis C. There wasn’t much information available about HCV in 1997.

My first HCV treatment began when I was 51. By this time, I had stage IV cirrhosis of the liver, which is severe. My doctor prescribed interferon and ribavirin. Initially, my insurance company denied the ribavirin, since the drug had just been approved by the FDA a month before. The insurance company wanted me to do a year of just interferon first and fail on that, so I had to battle with them to get ribavirin added to the interferon; they finally approved it.

Treatment made me severely anemic, and I had to have a transfusion of four units of blood, while in ICU for a month. During treatment, I became so ill that I required life support. My doctor stopped the treatment.

Years went by without any encouraging HCV treatment news. Finally, in late 2013, the FDA approved two new hepatitis C drugs, Sovaldi and Olysio. However, they were not approved to be used together. My doctor prescribed Sovaldi and Olysio together, a practice known as “off-label.”

At age 66, I was desperate, and I thought, what could it hurt? Granted, there were side effects, particularly photosensitivity that can be a serious risk in Florida. However, I stuck with it, and the treatment was successful.

I have been doing HCV advocacy for many years. Hepatitis C is a preventable and now curable disease. I think hepatitis testing is very necessary, especially in high-risk populations. Fear of the side effects from treatment should be a thing of the past, especially with new treatment options. Everyone should get vaccinated for hepatitis A and B and tested for hepatitis C.