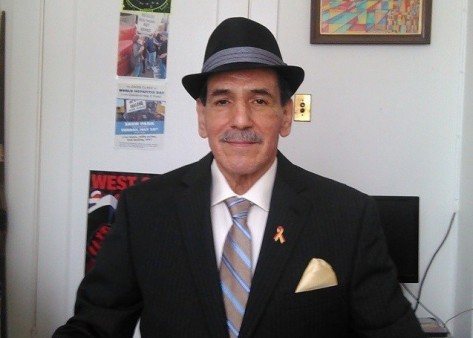 I am a textbook baby boomer from the swinging sixties. I contracted hep B in 1969, and odds are that was when I acquired hep C. Over the years, I was told that I had elevated liver enzymes. I was also told that it was from being exposed to hep B and not to worry about it. No one explained to me that I could have chronic hep B and hep C (aka non-A, non-B hepatitis). Nor did anyone mention that I could develop cirrhosis, liver cancer and an entire host of related conditions.

In 1999 while waiting for services at OASIS, a local recovery clinic, Dr. Diana Sylvestre tested me for hep C. My reaction to discovering that I had it was, “What is that and why should I be worried about it?” I began attending education and support groups OASIS after that, but I was not keen on trying medications that would actually make you feel worse. I also had other competing priorities as well.

By 2004, I understood clearly that it was time to act, so I bit the bullet and never looked back. Eleven months of peginterferon plus ribavirin was tough, but the way I had been living was even tougher. I would stagger to the clinic for my weekly injection, and go home and hibernate for a week. I barely made it over the finish line, and it took almost a year to bounce back.

I kept attending the OASIS support group for the fellowship and education. I decided to put activism, advocacy and awareness at the top of my list. The way to keep what I have is to give it freely to others. I pay it forward and I truly hope others who have so much to give do the same.

What is your greatest achievement?
My greatest achievement is putting hep C and addiction in the dustbin of history and becoming an awareness activist and advocate. I am relentless in my strange odyssey from the street corner to the boardrooms and even to the distant shores of Scotland in my quest for a hep C-free planet.

What is your greatest regret?
My greatest regret is that it took me so long to come to the decisional balance when the factors for change overcame the factors against change. I was more than tired, but I trusted no one and was a very difficult person to reach. My peers showed me by their example that this was the thing to do.

What keeps you up at night?
The faces of the patients and clients whose needs were not understood or met. I know the value of self-care and avoiding burnout, but sometimes I lose a little sleep wondering what more I can do. Sometimes I come up with my best answers late at night, when I have time to reflect.

If you could change one thing about living with viral hepatitis, what would it be?
The fact that you have to live with it at all. I visualize a time when treatment is easy, cheap and not so stigmatized. Stigma, fear and prejudice are at the core of why the path to care and treatment is riddled with barriers in the first place. For the first time in history, we have the tools we need to eradicate this pandemic. The real barriers to overcome are heart sets and mindsets about the virus and the people that it affects.

What is the best advice you ever received?
I once spent some time in the company of men away from home for indefinite periods. Being the new kid on the block, I sought the counsel of a sage elder on the rules of comportment in such settings. He paused, focused on me, lowered his glasses and said, “Young man, I usually don’t give advice, but I can see you are in sore need of it. Walk slow, drink a lot of water and never let them see you sweat.” Then he added, “Don’t isolate.”

We are all bound by blood and there are 170 million of us with hepatitis C. Find support and connection, whether it is a support group, an online group, or your own support network.

What person in the viral hepatitis community do you most admire?
Without question, Dr. Diana Sylvestre of the OASIS Clinic. I admire many others, but my top-shelf admiration goes to her. You can say that I am biased because she cured me back in the day, but I have witnessed her turn around some of the toughest cases that ever walked the streets of Oakland. Not only were they cured of hep C but of substance abuse as well. Dr. Sylvestre’s first mission was to treat substance abuse, but, she says, “Hep C kept getting in the way.” Not easily deterred, she took the bull by the horns back when the cure rate was about 10 percent. She has saved the lives of countless souls who everyone else counted out. I am one of many such souls. She is tough but fair, and will fight for her patients to the last bell and beyond.

What drives you to do what you do?
I seem to resonate with and among the afflicted, and I guess I feel like I have a social responsibility to people who I understand, know and even love. I realize that I was fortunate to have found love and support when I needed it. I tried being the solitary man, all tough and proud, but when I was finally ready to come in from the cold, the door was open. I want that door to remain open and if that means I have to do outreach in the rain or go to long meetings, do legislative advocacy or lead a demonstration, then that is what it means.

What is your motto?
No man is an island

If you had to evacuate your house immediately, what is the one thing you would grab on the way out?
I would grab my 2011 California Hepatitis Alliance Community Service Award, aka the Sherri Ziegler Community Service Award. I didn’t know who Sherri Ziegler was until the day I was honored with a certificate and asked to speak about my work on behalf of those afflicted with viral hepatitis. I spoke in a room of advocates and supporters, and it was a seminal moment in my life. Sherri Ziegler died doing the work she loved, and that touched me deeply.

If you could be any animal, what would you be? And why?
Well, it sure wouldn’t be a dragon or a chimpanzee. I guess I am searching for meaning and all, so probably a porpoise. That’s a little humor, folks. Yuk yuk.

Orlando Chavez is a seven-year member of the Hep-TEV (Hepatitis Testing, Education, and Vaccination) section and mobile outreach specialist at the Berkeley Free Clinic. He is currently serving on the steering committee of the National Viral Hepatitis Roundtable (NVHR).