How One Lawsuit Could Change Organ Donation Waiting Lists Forever

A federal judge’s recent emergency order in a case debating the United States’ current transplant system threatens to upend decades of organ allocation policies — and could force certain regions of the country with an abundance of liver donors to start sharing their lifesaving organs across the country, the Los Angeles Times reports.

The lawsuit, which was filed on behalf of 21-year-old Miriam Holman, who has lung disease, accused the U.S. government of perpetuating disparities within the U.S. transplant system by using rules that essentially confine donated organs to the areas where they are donated, even if sicker patients are waiting elsewhere. Holman, who was tethered to a breathing machine at a Manhattan hospital, had been suffering on one of the longest organ waiting lists in the country and decided to fight the policy that kept her from receiving a transplant by taking legal action against the federal government.

Now, liver disease advocates say Holman’s lawsuit has opened a door to change the rules that keep thousands from receiving an organ every year. That’s because last October, Robert Katzmann, chief judge of the U.S. Court of Appeals for the Second Circuit in New York filed an emergency order on Holman’s behalf and ended up spurring the government to immediately broaden access to lungs for many patients across the country. The same legal arguments used in that case are now being made on behalf of liver disease patients.

Currently, the U.S. is divided into 11 regions for liver transplants, which include 58 territories known as donation service areas. In general, patients in each territory get first access to the organs collected there, with the sickest patients nearby first in line. But advocates say waiting times for livers vary widely between donation service areas because organ supply and demand are not evenly spread across the country. In practice, this means that liver disease patients in regions like the South and Midwest can more easily access an organ than patients in, say, the Northeast and United States.

A series of reforms to the transplant system over the past few years have allowed sick patients to for hearts and livers beyond their territories. However, the Holman lawsuit brought about a change the lung policy in just five days — a success many advocates are now trying to leverage.

During the case, Holman’s lawyers argued that allocating organs using “arbitrary boundaries” violated the federal law that set up the national transplant system in 1984, as well as a 2000 update that declared that medical need and not “accidents of geography” should be the main factor in determining organ wait times.

“We’d been trying to change policy through scientific papers and standard petitioning,” explained Joshua Sonnet, MD, an active organ policy change advocate, in a recent interview with the LA Times. “If it takes a little policing from the outside to force us to change, that’s OK.” 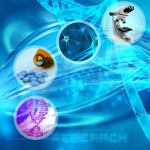