Last year, the White House’s Office of National AIDS Policy (ONAP) asked the general public for guidance in developing a national AIDS strategy. It sought input through a series of 14 National HIV/AIDS Community Discussions as well as through an online submission process. On April 9, ONAP released a report highlighting the major themes that emerged in these recommendations, compiling information from nearly every state and U.S. territory.

Respondents included people living and affected by HIV/AIDS from a variety of ethnicities, backgrounds, age demographics and sexual orientations.

In short, they called on ONAP to bring HIV/AIDS back into the spotlight through social marketing campaigns. They sought comprehensive HIV prevention programming and education for youth, injection drug users, minority groups and men who have sex with men (MSM). They also discussed a need for greater access to care, including the need to diagnose and treat factors and conditions that continue to drive new infections, including hepatitis, substance abuse, mental health problems and economic instability.

In addition, respondents noted that HIV stigma remains a barrier to testing and treatment and that treatment and prevention efforts must be better coordinated at the federal, state and local levels. 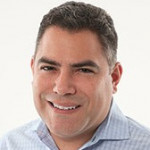 Sunshine on My Shoulders 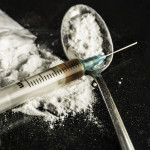