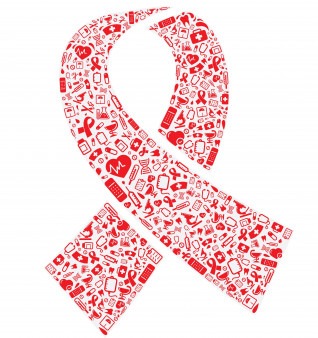 Official Said No One Had Ever Died of AIDS in Scott County. So We Checked

Just days before the 40th anniversary of the first identified HIV cases in the United States and six years after a local HIV outbreak, Scott County, Indiana, commissioners voted 2 to 1 on June 2 to close the syringe services program credited with ending the 2015 outbreak.

County Commissioner Mike Jones told WDRB News that HIV deaths were not a problem in Scott County and that the real public health emergency was overdose deaths. He said that since 2017, 74 people have died of overdoses not reversed with Narcan.

“To my knowledge not one person has ever died of HIV in Scott County,” the news site reported Jones said. Another report from NPR quoted Jones as saying, “I have a hard time handing a needle to somebody that I know they’re going to hurt theirself with.”

But the data and those who serve people living with HIV in Scott County tell a different story. HIV clinician William Cooke, MD, called the statement patently untrue.

“I have cared for several HIV patients who have died from AIDS-defining illnesses,” Cooke, author of the book Canary in the Coal Mine, about the 2015 outbreak and the social determinants that led to it, told POZ.

Data from the Centers for Disease Control and Prevention’s Underlying Cause of Death database reveal that 11 Scott County residents have died of HIV-related causes since 1999—and that doesn’t include data from the early years of the AIDS epidemic. In addition to HIV-specific deaths, the data show that 104 people have died of sepsis, a cause of death sometimes associated with sharing syringes. Scott County had almost 24,000 residents in 2019, according to the U.S. Census.

“Dying from HIV shouldn’t be the focus of the discussion,” he told POZ. “Everyone is likely to die from HIV-related issues if they don’t stay in care and regularly take their meds. A [syringe services program] is a proven method of helping to get people into the system in order to get their care and stay in care as well as receiving other human service needs they may have, including addiction therapies.”

Indeed, Scott County’s decision flouts a body of research that demonstrates that harm reduction programs—including syringe access programs, housing programs that don’t regulate residents’ drug use and safe injection sites—improve quality of life for people living with or at risk for HIV. Needle exchange programs, in particular have been found to connect people who inject drugs to primary care, HIV prevention—including pre-exposure prophylaxis—and HIV care. They can even connect people to medication-assisted therapy and recovery from addiction if people are ready to change their drug use.

Charles King, CEO of the nonprofit Housing Works and a longtime ACT UP member, remembers when New York City officials also didn’t support harm reduction. Back then, King said 7,000 people who inject drugs acquired HIV annually. Today, because of syringe access programs, the total number of people acquiring HIV through sharing injection equipment has fallen to less than 100 throughout the state.

New York City was the first city in the United States to reach the UNAIDS 90-90-90 goals for HIV diagnosis, engagement in care and viral suppression. This was largely due to the work of activists like King, a member of the state’s Ending the Epidemic Task Force Committee, who pushed officials to support housing first and other harm reduction programs.

“We never could have contemplated going for the triple 90 if we hadn’t had the most expansive syringe exchange program in the world,” King told POZ.

Back in Scott County, the commissioners’ vote came after intense community and public pressure to keep the program going, including a commentary by Cooke and longtime HIV activist and public health expert Gregg Gonsalves published on the news site STAT, two standing-room-only community meetings and testimony from former Surgeon General Jerome Adams. Adams was the state’s top public health officer during the 2015 outbreak.

Still, the commissioners voted to end the program, leading Douglas Huntsinger, Indiana’s executive director for drug prevention, treatment and enforcement, to say in a statement on Twitter, “This program and Scott County will forever serve as an example that syringe services programs work.”

In response, according to a report from local news station WDRB, Jones proposed “a rec room or something” that might replace the syringe exchange as a place where people who inject drugs can connect for support.

Meanwhile, Cooke is watching all this with a sinking feeling. It takes years for people who acquire HIV to show signs of AIDS. This year, five of his patients met criteria for AIDS when their CD4 counts dropped below 200. And, as the syringe services program closes, he said, not enough has changed in Scott County to avert another wave of HIV acquisition through shared needles. But that’s not all he’s worried about.

“I dread reliving the nightmare of caring for septic, critically ill patients—many of whom will tragically die—as we’ve already experienced here from past failed public health policy,” he told POZ.

Click here for more news about syringe exchanges and HIV.