Animal activists are up in arms about 66 chimpanzees, many of which are living with the hepatitis B virus (HBV), who remain at an abandoned sanctuary in Liberia, left to starve by the U.S. medical research company who originally bought them for liver disease research, Care2.com reports.

New York Blood Center (NYBC) originally got the chimps in 1974 through a contract with the Liberian Institute for Biomedical Research (LIBR) in Africa to build an animal research center. They obtained the animals from the wild and from former pet owners to use for HBV testing, as chimps are the only non-human primates who are able to contract the virus.

The primates, housed on a small island sanctuary, ended up netting the company an estimated $500 million in profit, eventually helping to develop a hep B vaccine, a new test to detect the hepatitis C virus (HCV) and a sterilization process to remove HCV from blood supplies. NYBC stopped all research at the facility in 2005, but vowed to continue to pay nearly $30,000 a month to feed and care for the surviving chimps until they lived out the remainder of their natural lives.

However, in March, NYBC pulled its funding for the program, with spokespeople from the company claiming the organization “never had any obligation to care for the chimps, contractual or otherwise.”

Since then, LIBR employees who lost their jobs have been volunteering to feed the chimps every other day. The Humane Society of the United States has also stepped in to provide temporary funding for their care. However, animal rights advocates warn the money is quickly running out and Liberia, a country ravaged by two civil wars and a recent outbreak of Ebola, is unlikely to step in to take care of them.

Currently a GoFundMe campaign for the sick primates has already raised more than $98,000 for their continued care. There is also an online petition asking NYBC to reinstate its funding for the animals and to set up a long-term plan for their care.

U.S. Needs to Improve Efforts to Get Refugees With Hep B Into Ongoing Care 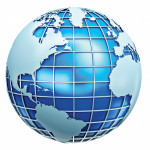