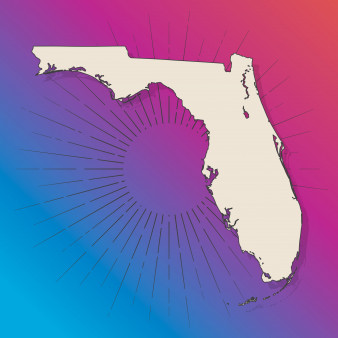 In an effort to ease the local opioid crisis and resulting health issues, Florida is the latest red state to pass a law permitting needle exchanges.

Formally known as the Infectious Disease Elimination Act (IDEA), the law expands the IDEA Exchange program already in place in Miami-Dade County, until now the only legal needle exchange program in the state. The program also offers HIV and hep C testing and connects clients to care.

The new law permits the creation of mobile health clinics where injection drug users can exchange dirty needles for clean ones.

HIV, hepatitis C virus and other blood-borne pathogens can be spread through the sharing of needles. By providing clean needles to people who inject drugs, needle exchanges reduce the rates of viral infections and remove dirty needles from the streets. Such programs have been legal in states across the country for decades, but until recently, they were mostly forbidden in the Republican South.

That’s because conservative lawmakers feared that the programs would promote drug use. But after seeing the impact of the IDEA Exchange program in Miami-Dade County, many have warmed to needle exchanges. IDEA has pulled more than a quarter of a million used needles out of circulation and, through the distribution of the opioid-reversal agent Narcan, prevented more than 1,000 overdose deaths since it was established in 2016.