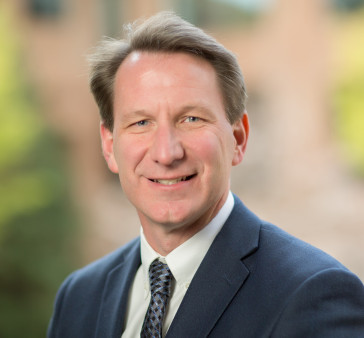 Ned Sharpless has been appointed interim head of the regulatory agency after the unexpected resignation of the commissioner.

The Trump administration announced last week that it will appoint Ned Sharpless, MD, now director of the National Cancer Institute (NCI), as acting commissioner of the Food and Drug Administration (FDA) after the current commissioner, Scott Gottlieb, MD, resigns at the end of the month.

The National Institutes of Health, which oversees the NCI, has not yet announced a replacement for Sharpless. For now, NCI’s deputy director, Douglas Lowy, MD, will fill the role as acting director.

Professional organizations and advocates expressed their approval of the choice.

“Dr. Sharpless has demonstrated extraordinary leadership at NCI and has been a strong ally in the fight against cancer,” said Lisa Lacasse, president of the American Cancer Society Cancer Action Network. “With his exceptional perspective and experience in cancer research, Dr. Sharpless will be able to continue FDA’s work prioritizing the review and approval of innovative therapies that have the potential to cure diseases like cancer.”

While @NCIDirector Sharpless’ vision & direct engagement with the cancer community will be sorely missed at @theNCI, Dr. Sharpless is well-positioned to lead the FDA forward and we look forward to working with him in his role as acting commissioner. https://t.co/pctWOJsd1d

Sharpless has served as director of the NCI since October 2017 and is also chief of the Aging Biology and Cancer Section in the National Institute on Aging Laboratory of Genetics and Genomics. He was formerly director of the Lineberger Comprehensive Cancer Center at the University of North Carolina School of Medicine at Chapel Hill, where he attended medical school. He took a year off from medical school to participate in the Howard Hughes Medical Institute Medical Research Scholars Program at the NIH campus, where he worked on HIV. He did his residency at Massachusetts General Hospital and a fellowship at the Dana-Farber Cancer Institute in Boston. Sharpless has both conducted research—often focused on cancer and aging—and cared for patients.

The pharmaceutical industry also appears happy with the choice of Sharpless, who helped start two biotech companies, FiercePharma reports. One team of analysts predicted that the industry would “breathe a collective sigh of relief” and suggested that investors “should expect FDA to continue on its current path of increased regulatory efficiency with an industry-friendly lean.”

Sharpless is said to be Gottlieb’s top replacement choice. After almost two years at the helm, Gottlieb—a prolific social media user and issuer of statements on topics ranging from drug costs to teen vaping—indicated that he is leaving the FDA to spend more time with his family in Connecticut. The NCI and FDA have had a cooperative relationship under the two men’s tenure, including working with the American Society of Clinical Oncology and Friends of Cancer Research to develop new guidance for expanding cancer clinical trial eligibility.

I’m delighted by the announcement from @SecAzar that @NCIDirector will serve as acting commissioner of #FDA. Ned is a friend to FDA, a great public health champion, a dedicated physician, and will be warmly welcomed into his new role. FDA will benefit greatly from his leadership.

It is not clear when the administration plans to name a permanent replacement for Gottlieb. The new FDA commissioner will be nominated by Trump and must be confirmed by the Senate. Sharpless is expected to be a strong contender for that position but could face some resistance because of his Democratic political leanings and opposition from the tobacco industry, according to STAT.