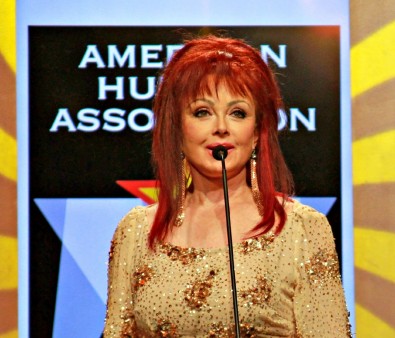 Singer Naomi Judd Speaks Out About Her Battle With Hepatitis C

Country music legend Naomi Judd recently opened up about her long battle with the hepatitis C virus (HCV), in a new guest column on Everyday Health. The article is worth a read for anyone living with the deadly liver disease today.

In the post, Judd, a long-time HCV advocate, explains that before she “made it” as a world-touring singer-songwriter, she was a registered nurse in Nashville, Tennessee, working mainly in the intensive care units of local hospitals. Because of the high-paced nature of her work, she was stuck “many times” with needles and exposed to body fluids while on the job.

In the early 1990s, after experiencing a long bout of fatigue, headaches and nausea while on tour, Judd decided to get a blood test. The star was subsequently diagnosed with non-A, non-B hepatitis, which is how doctors classified hep C before a comprehensive screening test for the virus came out in 1992. After getting liver enzyme tests, Judd was told that she had as few as three years left to live.

The singer chose to retire from her career in the music industry and eventually started on the first wave of interferon treatments. By 1995, after a long struggle with the side-effects-heavy drugs, Judd was declared “cured” of hepatitis C.

Today, Judd remains an outspoken ambassador for further hep C research. She currently has a SiriusXM radio series about hepatitis C called Think Twice and regularly speaks in public about her battle with liver disease.