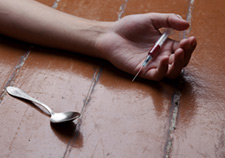 A remarkable thing happened in 2008: drug overdose surpassed auto fatalities as the leading cause of accidental death in the United States. Public health officials declared an epidemic, and communities united to battle this new enemy that had left a staggering body count in its wake. The people had a weapon, naloxone, an antidote that reverses opiate overdose, and programs began popping up across the country to provide training and free naloxone to people at risk for overdose. But then Big Pharma stepped in. The same year that naloxone became so critical to saving lives, one pharmaceutical company secured a monopoly on its production and jacked up the prices by 1,100%.

Whether Hospira maintains its grip on naloxone due to natural market forces or deliberate attempts to monopolize a product of increasing value to our over-prescribed nation, the price increases have been detrimental to overdose prevention programs. When costs blew up in 2008, threatening the sustainability of one of the largest naloxone distribution centers in the country, the Chicago Recovery Alliance, director Dan Bigg called Hospira to plead for a price break.

“One of Hospira’s marketing executives explained the rationale behind the increase,” says Bigg. “He told me that Hospira wanted to increase the average customer bill by 3-4%. Instead of raising all their prices and risk losing customers to the competition, they combed through their list of products and chose one item for a price increase so high as to cause the average bill to go up 3-4%.”

That product was naloxone.

In hindsight, naloxone was an obvious pick. Almost every doctor’s office and hospital across the country stocks naloxone. It is the only antidote for a growing public health crisis. And, of course, Hospira is the sole manufacturer, leaving customers no choice but to absorb the price increases if they want access to this life-saving medication.

Bigg has been lucky, as he was able to broker a deal with Hospira to buy naloxone at a reduced price, and he says Hospira is open to working with nonprofits to make naloxone more affordable. Unfortunately, other community programs may be too small to bargain for price breaks or don’t have a medical provider on staff who can order directly from a pharmaceutical company. According to Bigg, the bulk of naloxone customers -- hospitals and doctors’ offices -- aren’t complaining about the price hikes. Naloxone makes up such a tiny portion of their budgets, they might not even notice the extra cost. So, as with many things, the heaviest burden falls on those who can least afford it – small, community distribution programs that depend on inexpensive naloxone to keep saving lives. And these programs are closing.

With a powerful monopoly maintaining a tight grip on naloxone prices, the situation might look grim for small community programs. In addition to price increases, naloxone supply has also suffered from quality control problems in the manufacturing system and periodic shortages. However, there are practical solutions available if the government, the pharmaceutical industry and community advocates intervene.

One solution that could increase supply and reduce prices is for the Food and Drug Administration to allow temporary importation of naloxone from foreign manufacturers. According to Open Society Foundation’s research on global naloxone supply, in many countries naloxone is produced for under $2 a dose. There is also precedent for the government to allow importation in times of crisis. However, some advocates are pessimistic.

Whitney Englander, government relations manager with the Harm Reduction Coalition in Washington D.C., is involved in national advocacy around naloxone access issues and has moderated phone calls between the FDA and the community. “There is a precedent for the U.S. to allow temporary importation of foreign medications in the case of shortages,” explains Englander, “but we [Americans] are fiercely protective of our pharmaceutical industry. On our calls [with the FDA] it doesn’t seem that they are even considering that possibility right now.”

Besides importation, the federal government can lower prices by enticing new pharmaceutical companies to enter the market through a fast-track approval process. The FDA can also approve naloxone for over-the-counter use so that people who need it can purchase directly from pharmacies, and the government can create a stockpile of affordable naloxone for emergency use.

Hospira also has a responsibility to ensure access to naloxone. The company could arrange price deals with nonprofits, as it has with the Chicago Recovery Alliance, or even donate naloxone to community organizations that distribute it to needy populations. Based on numbers from a confidential industry source, Nabarun Dasgupta, an epidemiologist at the University of North Carolina, estimates it would cost a mere $100,000 for Hospira to supply every harm reduction program in the country with enough naloxone to meet current capacity.

“I call Hospira an irresponsible monopoly,” Dasgupta says. “Naloxone is a $20-million-a-year industry; they can afford compassionate pricing for nonprofits.”

Without direct action from Hospira or the government, it is up to community programs and the people directly affected by drug overdose to create solutions. Thanks to grassroots organizing, more than 12 states this year will introduce new legislation to expand access to naloxone. Many communities are pushing for “standing order models” whereby a medical provider can give permission to certain persons without prescribing authority, like nurses or even nonmedical personnel, to distribute naloxone without a doctor present. Ten states have passed 911 Good Samaritan laws to encourage witnesses to an overdose to call for help without fear of criminal repercussions, and a dozen more are introducing bills this year thanks to the efforts of small nonprofits, including the NC Harm Reduction Coalition and Project Lazarus of North Carolina.

Community naloxone distribution programs are essential to the fight against overdose deaths. Few public health initiatives can demonstrate such remarkable results as one life saved for every five interventions. And a 46% decline in overdose deaths in Massachusetts towns with naloxone programs translates into scores of people with another chance to contribute to this world. We can raise awareness about overdose all we want, but the real solution is to put the antidote into the hands of the people who need it most. And that solution is in danger if corporate greed continues to reign.

This article originally appeared on AlterNet. It is reprinted with permission from the author Tessie Castillo, a public health coordinator at the North Carolina Harm Reduction Coalition in Durham, NC, and a board member of Witness for Peace. 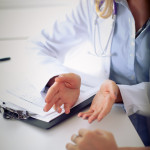 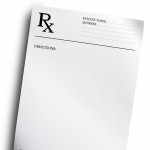 Naloxone Prescriptions Are Up, but Still Not Nearly Enough 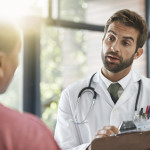