During the period studied, the annual rate of infants born to HCV-positive women rose 68 percent, from 0.19 percent to 0.32 percent of newborns. In Kentucky, the rate rose by 124 percent during the same period.

Between 2011 and 2014, 777 pregnant women were identified as having hep C. Eighty-four percent of them were white, and 68 percent were in their 20s. Over one third of the women reported a history of using injection drugs.

Transmission of hep C from mother to child is not preventable and occurs at a rate of 5.8 percent. The risk is nearly double for women coinfected with HIV or who have high hep C viral loads. The CDC researchers recommend HCV testing among those with a history of injection drug use, including pregnant women and children born to mothers with hep C.

Vemlidy Prevents Transmission of Hepatitis B From Mother to Infant 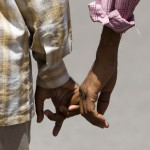