Attorneys in North Dakota say attempts to reach an out-of-court settlement over the largest hepatitis C virus (HCV) outbreak in recent history have failed, as plaintiffs now push to sue not only the Minot nursing home where 48 patients contracted HCV, but also the entire health system that operates the city’s only hospital and lab services, the Associated Press reports.

Since August 2013, the North Dakota Department of Health has linked 52 hep C cases to an outbreak at ManorCare Health Services in Minot, a nursing home that was found to be conducting unsanitary routine health procedures. Eighteen lawsuits against the facility, as well as Trinity Health—a health care conglomerate that provided lab services to the home—have been filed since news of the cases came out.

Since Trinity Health, headquartered in North Dakota, can only be sued in a state court, the plaintiffs’ attorneys have asked the federal judge overseeing the case to throw out the initial proceedings to enable affected patients to “obtain complete relief” from both parties.

To complicate matters, ManorCare has since blamed Trinity for the outbreak, and has threatened to sue for compensatory and punitive damages as part of the federal case—an accusation the larger health system rejects. Attorneys for Trinity have also asked the court to reject a recent request from the nursing home to release evidence that drug diversion took place at Trinity’s testing facilities, which may have contributed to the outbreak.

Although the settlement talks failed, the federal judge overseeing the outbreak lawsuit did not immediately rule on the proceedings, and instead has given all parties involved a one-month extension to respond to case requests. According to the U.S. Centers for Disease Control and Prevention, the Minot outbreak is the largest the nation has seen in 13 years. 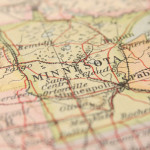 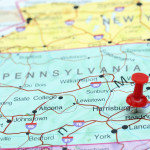 Pennsylvania Is the Latest State to Declare a Hepatitis A Outbreak 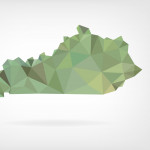 How Kentucky Is Handling the Nation’s Worst Hepatitis A Outbreak