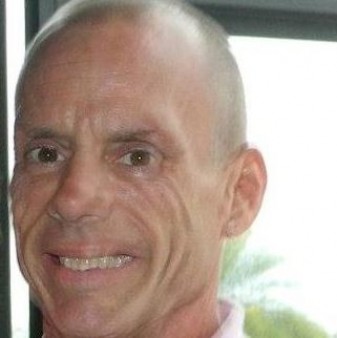 I became infected with HIV in 1994, three weeks before my brother’s funeral. I met my first wife through my brother who was gay and HIV positive. He died of an AIDS-related illness. My first wife was also HIV positive. After 14 months together, I contracted HIV from her. She was married three others times, but I was the only one who got infected.

When I discovered I was HIV positive, I also became aware that I had hepatitis C.  Five years later, I met a doctor in Louisville, Kentucky who was very aggressive in dealing with hep C. I took a shot of interferon on a daily basis over a course of 16 months. My doctor tracked my HCV viral load and my virus eventually became undetectable. On my doctor’s advice, I stopped treatment.  My HCV viral load is still undetectable 13 years after stopping treatment. I don’t say I’ve been cured. I just purged hep C from my body. Keep strong.

What three adjectives best describe you?
Determined, focused and easy-going

What is your greatest achievement?
My newborn daughter, my BA in political science and purging hepatitis C from my body

What keeps you up at night?
Money issues

If you could change one thing about living with viral hepatitis, what would it be?
The stigma

What is the best advice you ever received?
Know your body and know your disease

What drives you to do what you do?
My family

What is your motto?
Love yourself and your neighbor

If you had to evacuate your house immediately, what is the one thing you would grab on the way out?
My kids

If you could be any animal, what would you be? And why?
A dolphin. They are very smart and elegant animals. I love to swim and be weightless in the water. I would love to swim like the dolphins.