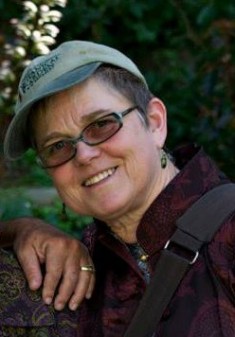 I was diagnosed in 2002 with hepatitis C, genotype 1b. Looking back at all the risk factors I’ve had in my life, I could have contracted the virus anytime between 1975 and 1985. I had surgery in 1975 in Mexico while studying art there. I also contracted hepatitis A and was diagnosed with type 1 diabetes that same year (1975 was not a good year for me). I’ve had regular blood work every six months since then along with a history of elevated liver enzymes since at least the 1980’s, but no doctor ever thought to check me for hep C until 2002.

My wife and I were overwhelmed by the diagnosis and discussed our feelings in couples therapy. We both had fears about how I would manage having both diabetes and hepatitis C, and that I might die prematurely. I also worried about how my daughter, who was eleven at the time, would manage without me if I died or got very ill.

After the diagnosis, I went to a specialist who tested for my hepatitis C genotype and viral load. I had an ultrasound, but no test was done to measure fibrosis. We took a wait-and-see approach and did not consider treatment.

Later, I went on my wife’s medical plan and saw a new doctor who recommended against treatment because I have a history of major depression and post-traumatic stress disorder (PTSD). He ordered a biopsy, but I never got one. In the end, it was good that I didn’t get a biopsy because I recently learned that it could have caused ruptures and bleeding complications to the many small livers cysts that I have (unrelated to Hep C).

I saw two more doctors before I finally got a test for fibrosis (a Fibrosure blood test) and started treatment. I was diagnosed with stage 3 fibrosis. This was a shock because up until that point, ultrasounds and physical exams had indicated little damage. I decided to finally start treatment. I had waited a long time for hepatitis C drugs that I could take. I started treatment with Sovaldi and Olysio on April 15, 2014 and completed treatment on July 7, 2014. My initial viral load was over 7 million and my liver enzymes were elevated. After two weeks, my viral load was down to 18 and my liver enzymes were normal. At weeks 4, 8, and 12, my viral load was undetectable. This fall I will find out if I have cleared the virus for good.

A lot happened while I was on treatment. My father died shortly before we were scheduled to leave on a 4-week road trip to the Grand Tetons, Yellowstone, Glacier, and other places. I did blood tests on the road, because my doctor wanted me to have frequent labs. It’s been quite a journey.

What three adjectives best describe you?
Strong, sensitive and creative

What is your greatest achievement?
Selling a collection of my abstract digital art to Lifescan Inc. (A Johnson and Johnson company)

What is your greatest regret?
Losing my passion for art for 15 years after I was raped in 1975. (I told you that it was a bad year!)

What keeps you up at night?
Fears about living with PTSD for the rest of my life

If you could change one thing about living with viral hepatitis, what would it be?
That I would have had access to this treatment sooner

What is the best advice you ever received?
Be in the present moment

What drives you to do what you do?
The possibility of healing and happiness for all on Earth

What is your motto?
Love is the most important thing.

If you had to evacuate your house immediately, what is the one thing you would grab on the way out?
My wife, our dog Petey, my insulin, and my camera

If you could be any animal, what would you be? And why?
A hummingbird; it would be fun to fly freely, sip nectar and sit in trees all day.