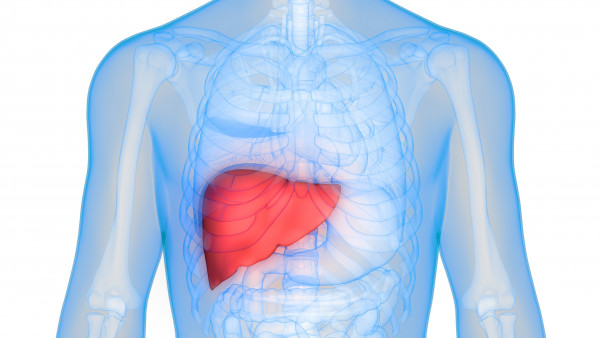 People in states that expanded Medicaid under the Affordable Care Act (ACA) are more likely to be on liver transplant waiting lists and are less likely to die of liver disease, according to research presented at AASLD Liver Meeting Digital Experience. Moreover, racial disparities in wait-listing improved in such states compared with states that did not expand Medicaid.

Black individuals are less likely to receive liver transplants due to a lower likelihood of being placed on a waiting list, reported Russell Rosenblatt, MD, of Weill Cornell Medicine in New York City. An important feature of the ACA, Medicaid expansion was implemented to improve access and tackle existing health inequities. Beginning in 2014, individuals with an income up to 138% of the federal poverty limit could receive health care coverage subsidized by the federal government.

“Prior literature has demonstrated improvement in health inequity resulting from ACA Medicaid expansion in a variety of domains throughout health care,” Nabeel Wahid, MD, also of Weill Cornell Medicine, said in a press release. “However, despite the well-documented inequities and disparities in liver transplantation, there has been no compelling study to date that has been able to demonstrate measurable gains in liver disease care resulting from ACA Medicaid expansion.”

To that end, Wahid and colleagues conducted a study to determine the effect of ACA Medicaid expansion on wait-listing for liver transplants, deaths from end-stage liver disease and racial disparities.

The researchers compared states with transplant centers that had expanded Medicaid as of January 1, 2014, with others that did not expand Medicaid. They also compared the five-year time periods before Medicaid expansion (2009–2013) and after (2014-2018) for these two sets of states. Further, they used the new listing-to-death ratio (LDR) metric to assess the efficiency of listing people for liver transplants in comparison to deaths from end-stage liver disease, wherein a higher value indicated better placement on the waiting list. For instance, a number higher than 1 would suggest that fewer people died than were placed on a waiting list.

The team obtained data on liver transplant wait-listing from the United Network for Organ Sharing database and mortality information from the Centers for Disease Control and Prevention’s WONDER database.

The researchers found that LDR was significantly higher in states that expanded Medicaid compared with those that did not, both before and after expansion. But with Medicaid expansion, these differences increased.

In the case of states that did not adopt Medicaid expansion, LDR steadily decreased from 2011 to 2018. But for states that expanded Medicaid, a breakpoint was reached in 2015, indicating that expansion had positively affected placement on liver transplant waiting lists. The delay in impact was probably due to the time required to identify and list people needing liver transplants.

When the researchers analyzed the impact of expansion on different races, they found that the LDR for Black individuals significantly dropped in states that did not expand Medicaid. In the other group of states, Medicaid ameliorated this decline in waiting list placement. Overall, white, Black and Asian people benefited from better care following Medicaid expansion.

In contrast, deaths from end-stage liver disease steadily rose in states that did not expand Medicaid, especially among Asian individuals. Liver disease deaths among Latinos rose in both groups.