Medical students who stick themselves with needles often fail to report their injuries to employee health services, according to a study from Johns Hopkins University in Baltimore as reported by Reuters. This puts them at risk for contracting HIV, hepatitis and other blood borne illnesses.

Eighty-three percent of survey respondents said they had stuck themselves with a needle as a resident, while 59 percent experienced needlestick injuries as a medical student. There was an average of two injuries per respondent. Most incidents were self-inflicted and occurred in the operating room or when the students were working under intense time constraints.

Among 89 residents who recently experienced a needlestick injury during medical school, 42 did not report it.

“Those medical students who don’t report [a needlestick injury] are really gambling that their stick wasn’t going to be the 1 out of 100 or 1 out of 1,000 that actually spreads a disease,” said Dan Henderson, a third-year medical student and Health Justice Fellow at the American Medical Student Association in Reston, Virginia.

Martin A. Makary, MD, of Johns Hopkins University, said the problem is that hospitals are not creating a culture of speaking up, and that medical schools are not adequately protecting inexperienced students from potential health risks.

“We, as a medical community, are putting our least skilled people on the front lines in the most high-risk situations,” Makary said. “Most trainees are still forced to learn to sew and stitch on patients, which puts both providers and patients at risk.” 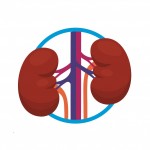 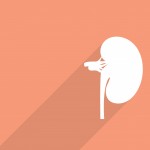 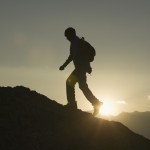 The Uphill Climb Toward a Hepatitis C Vaccine

Recycling Patient Blood Could Make a Comeback in Surgery