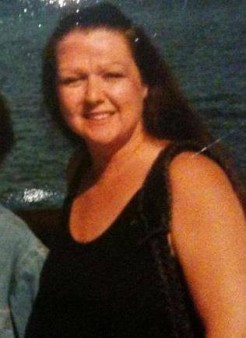 In 2000, we moved to a farm in the countryside outside of Montreal. We left behind life in the fast lane to live a nice, quiet life on the farm. There was nothing but fields of corn surrounding our beautiful house, and it was peaceful. My husband, Richard, and I were so happy with our lives. Along with our beautiful daughter, who was 7 at the time, we started to fill in the barn with all kinds of animals. We had horses, cattle, chickens, ducks, a couple of pigs, six beautiful dogs, and many cats. Life was a dream come true. We were so much in love with each other and this dreamy place we now called home.

During the move, Richard was always tired, and didn’t feel quite right, so I made an appointment with the doctor. Richard was 35 at this time. We got the phone call that would change our lives forever. Richard had contracted hepatitis C.

Not knowing exactly what hep C was, I was mad, thinking it was a sexually transmitted disease of some sort. Our doctor wanted to test both our daughter and me, just to make sure we didn’t contract it also. A few weeks later, another phone call from the doctor’s office; our results were in. To my surprise, I was positive as well. I was really upset and wondered how this was possible. Thank the good Lord, our beautiful daughter was negative.

Our doctor immediately contacted the best liver doctor in Ottawa, Ontario. At that time, there weren’t many approved hepatitis C treatments, so Richard was put on a clinical trial waiting list. Within a month, he was on a 48-week treatment. We both had genotype 1a, which at that time was the hardest type to cure. Richard had a hard time on treatment, was always very upset, but didn’t complain much. He isolated himself whenever he came home from work. Instead of working 50 to 60 hours a week, 7 days a week, he worked during the time the sun was down. He took his weekly shot of interferon on Fridays, and didn’t work on weekends. By Monday, he’d feel a bit more human. He also took ribavirin daily.

At that time, they didn’t do the first viral load test until 12 weeks after starting treatment. We were very happy to hear that by week 12, Richard had cleared the virus. Yes, he had slayed that dragon down. The biopsy revealed that Richard had no damage to his liver. During his treatment, Richard lost 32 lbs. At 6-foot-6 and 170 pounds, he looked like a walking zombie. His color was green, but he was lucky enough to get well post-treatment, and has been well and cured of hepatitis C.

I was 40 at the time of my diagnosis, and my liver biopsy revealed stage 2, grade 2 damage to the liver. I started treatment February 13, 2003. By this time, the combination peginterferon/ribavirin treatment was approved. I was determined to kill that dragon just as Richard had. I had no idea how bad this treatment was going to be on me. I had a very hard time during my 48-week journey. It was the worst thing I ever went through, but I was determined to clear the virus. Confined to my bedroom for 11 months, I gained at least 30 pounds. I did complete the treatment and by week 12, my PCR reported that I also had slayed the dragon. I was so happy; we both were.

Although I am very happy that I have managed to do the treatment and be cured, I have prematurely developed multiple medical problems due to being on these drugs for such a long time. These diagnoses would have probably occurred 10 to 15 years later, but the chemo drugs activated the progression. So now, I live one day at the time.

Until we meet again,
Mckenzie

What is your greatest achievement?
My two beautiful children. Also, I love helping my fellow hepatitis C warriors on the web. I feel good going to bed and thinking about helping them.

What is your greatest regret?
Not waiting for a better treatment, since interferon affected my long-term health. I regret not having been able to continue my career due to long-term side effects from the old combo.

What keeps you up at night?
Thinking about all the work that needs to be done in my home, and hoping to have the strength to do them.

If you could change one thing about living with viral hepatitis, what would it be?
Taking my own advice from the members of the hep community I have worked with over the years, which was to wait for a better treatment, unless a patient has liver damage.

What is the best advice you ever received?
Listen to your body; rest when needed.

What person in the viral hepatitis community do you most admire?
I admire all those great hepatitis advocates that are able to go out there and raise awareness. I also admire all the warriors who take the step to get help treated and start their journey towards wellness.

What is your motto?
One day at a time

If you had to evacuate your house immediately, what is the one thing you would grab on the way out?
The car keys

If you could be any animal, what would you be? And why?
A dog, because I think dogs are Gods to us all. Dogs give unconditional love, are forgiving, and are there whenever we need them. If we are sick, they know it and keep us company. If you spell Dog backwards, it spells God, and I believe God put those beautiful creatures on earth so we could learn from their example how to love unconditionally.