There are considerable disparities in hepatitis C virus (HCV) testing rates among baby boomer veterans receiving care from the U.S. Veterans Administration (VA) health system. Publishing their findings in the Journal of Hepatology, researchers analyzed hep C testing data on 4.2 million individuals born between 1945 and 1965 (that age bracket has the highest prevalence of the virus in the United States) who had two or more visits to a VA health center between 2000 and 2013.

There were wide variations in testing rates among the VA’s health centers, ranging from 7 percent to 83 percent of baby boomer vets tested. Factors associated with a higher likelihood of having received testing included being older, male and African American; having established risk factors; and receiving care from so-called urban centers of excellence.

The researchers concluded: “Examination of the predictors of testing and HCV positivity may help inform national screening policies.” 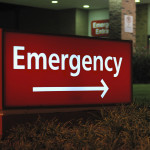