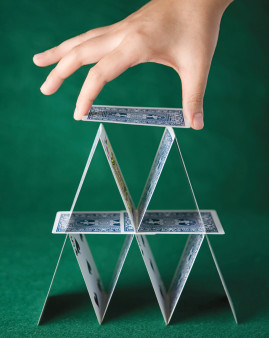 This finding suggests the need for long-term follow-up.

Curing hepatitis C virus (HCV) may not eliminate the risk of liver-related symptoms for those who start treatment with what is known as cryoglobulins. These are clumps of antibodies that can give rise to inflammation and block blood vessels.

Researchers conducted a study of 88 people with HCV who had evidence of cryoglobulins circulating in their bodies, including 46 individuals who had symptoms of HCV-driven cryoglobulinemic vasculitis (inflammation of the blood vessels), or CV, and 42 who did not. The study members, who had an average age of 63 years, were followed for a median of two years after being treated for hep C.

Out of the group with CV symptoms, five individuals (11 percent) experienced relapses of these symptoms during the study’s follow-up period; health outcomes among them included severe organ damage and death.

“Most clinical manifestations of [hep C] improve over time after viral eradication with direct-acting antivirals,” says the study’s lead author, Martin Bonacci, MD, a hepatologist at the Liver and Digestive Diseases Networking Biomedical Research Centre in Barcelona. “However, in patients with HCV-associated cryoglobulinemic vasculitis, we believe that our data support longer follow-up to make sure recurrence does not occur over time.”