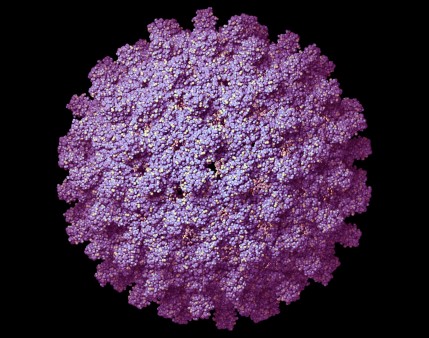 Liver Cancer Remains a Risk After Hepatitis B Clearance

Men and people over age 50 still may still develop liver cancer after clearing the virus from the blood.

Liver cancer can still occur after the clearance of hepatitis B surface antigen (HBsAg) from the blood, either naturally or with treatment, according to a large study recently reported in the Journal of Hepatology.

The researchers found that while no women age 50 or younger developed hepatocellular carcinoma (HCC) after HBsAg clearance, women older than 50 and men of all ages remained at risk, underlining the importance of liver cancer screening even after an apparent cure of hepatitis B.

Hepatitis B surface antigen is a hepatitis B virus (HBV) protein that can be detected in the blood of people with acute (recent) or chronic (long-term) infection. A majority of adults with acute hepatitis B infection will clear the virus naturally, but once a person develops chronic infection lasting longer than six months, HBsAg clearance is rare.

Over years or decades, chronic hepatitis B infection can lead to serious liver disease, including cirrhosis and hepatocellular carcinoma, a type of primary liver cancer. Hepatitis B and C are the leading causes of the liver cancer worldwide, according to the World Health Organization.

People with chronic hepatitis B can be treated with nucleoside/nucleotide analog antiviral drugs such as Baraclude (entecavir) or Viread (tenofovir disoproxil fumarate), which can suppress HBV replication and lower viral load over the long term, but the medications seldom lead to HBsAg clearance.

Clearance of HBsAg in the blood, either naturally or with treatment, is often considered a “functional cure.” However, a form of HBV genetic material (cccDNA) persists in liver cells. Undetectable viral load and disappearance of HBsAg in the blood greatly reduce the likelihood of liver disease progression, but they do not eliminate the risk of liver cancer completely.

Terry Cheuk-Fung Yip of the Chinese University of Hong Kong and his colleagues conducted a study to evaluate the risk of liver cancer after HBsAg clearance in the blood (known as seroclearance) and whether it is influenced by a patient’s age and sex.

Older age, the presence of liver cirrhosis and coinfection with hepatitis C or D have previously been found to raise the risk of liver cancer in people with HBsAg seroclearance, but to date there have not been enough women in studies to determine the effect of sex, the researchers noted as background.

This retrospective study included all adults with chronic hepatitis B receiving medical care through the Hospital Authority of Hong Kong who achieved HBsAg clearance between January 2000 and August 2016. People with hepatitis C or D coinfection, those with liver cancer prior to HBsAg clearance and liver transplant recipients were excluded.

Of the 4,568 patients identified, 793 (17.4 percent) had been treated with nucleoside/nucleotide antivirals and 60 (1.3 percent) had received interferon treatment. About two thirds were men, the average age was 57 years, 18 percent were classified as having cirrhosis and most had normal liver enzyme levels at the time of HBsAg seroclearance.

HCC incidence rates at all time points were lower for patients age 50 and younger at the time of HBsAg seroclearance (0.3 percent, 0.4 percent and 0.4 percent, respectively), compared with rates for those older than 50 (1.1 percent, 1.7 percent and 2.0 percent, respectively). Similarly, people who experienced HBsAg seroclearance at age 60 and younger had a significantly lower risk of HCC than those who did so after age 60.

No women age 50 or younger developed liver cancer in this study, leading the researchers to conclude that this group had “zero risk” for HCC over five years of follow-up. However, this does not mean that liver cancer could not occur if a larger group of women were to be followed for a longer period of time after HBsAg clearance.

After adjusting for other factors, being male, which more than doubled the risk, and being older than 50, which more than quadrupled the risk, were independent risk factors for HCC. The influence of age and sex on liver cancer risk was similar regardless of whether patients experienced spontaneous or treatment-induced HBsAg clearance.

Having cirrhosis also influenced the risk of liver cancer. Using a liver cancer prediction system that takes into account patient age, biomarkers and presence of cirrhosis, 73 percent of study participants were classified as being at low risk for HCC, while 13.7 percent were classified as being at intermediate risk and 13.3 percent as being at high risk. The five-year cumulative incidence rates for these groups were 0.9 percent, 2.3 percent and 4.1 percent, respectively. Although HCC was substantially less common among patients deemed to be low risk, 21 patients in this group nevertheless did develop liver cancer during follow-up.

As limitations of the study, the researchers noted that they could not be sure which patients had cirrhosis, as liver biopsies and noninvasive liver stiffness scans are not routinely done in Hong Kong. They also did not have data about HBV genotype (genotype C is associated with a higher risk of HCC) or menopause status for the women (HCC risk rises after menopause).

These study findings have implications for liver cancer screening. Guidelines from the American Association for the Study of Liver Diseases say that surveillance is considered cost-effective for chronic hepatitis B patients when the annual risk of HCC exceeds 0.2 percent.

These results suggest that women age 50 and younger with HBsAg seroclearance can skip liver cancer screening, while it remains cost-effective for men older than 50. Men age 50 and younger may still need HCC surveillance if they might have cirrhosis, whereas women may be able to wait until age 60 to start screening.