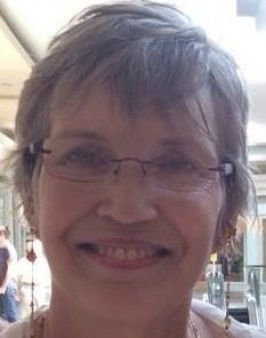 I thought I was a regular kid. I was part tomboy in that I liked sports, and part girlie-girl with pink bows. Growing up, I didn’t realize my family was about as dysfunctional as a family can be. I was the youngest. I was clueless as to what was going on except that there was a lot of cussing, yelling, drinking, drugging and weird behavior. This all seemed normal to me; I thought every family was like mine.

A family member introduced me to heroin when I was about 17 years old, and I liked the way it made me feel. That went on for six months to a year. I’m not sure that’s when I contracted hepatitis C virus (HCV), but it is the most likely explanation. In those days, doctors and dentists still used stainless steel instruments, including needles, and safety precautions weren’t like they are today. However, I most likely contracted HCV through intravenous drug use. “Shame on me” was, and remains, the vibe I live with.

In 1995, the symptoms of HCV appeared. I felt itchy. My joints ached so horribly that I was a walking ice pack. My tongue became swollen and bright red, and I lost my sense of taste for about three months. My skin, hair and nails became dry beyond reason, and nothing I tried helped. The symptoms subsided after about six months, except for the dryness. I went on my merry way, unaware that HCV was attacking me.

I did not experience any other symptoms until fall 2006. It started with a stabbing pain in my left abdominal area. I noticed it several times a day, but ignored it. The least bit of exertion made me sweat like a racehorse. I was extremely fatigued, listless and unmotivated. My marriage was rocky, but I chalked it up to stress and depression. I didn’t give it a lot of thought until the itching and pain came back with a vengeance. It was so bad I could not sleep. If I was lucky, I’d sleep two or three hours at a time. This is what finally drove me to see the doctor. I thought it was some minor issue and that I would take something and it would be over. WRONG.

The doctor ordered some blood tests and then called me and said I needed more tests. He didn’t tell me that my liver enzymes were off the charts. A week later, he called me back in for an appointment, which freaked me out; I couldn’t imagine what could be so wrong that he couldn’t just tell me over the phone. Of course, by now you know why. I was HCV positive with a viral load in the millions.

I took the news well. I assumed the doctor would prescribe something and the hep C would be gone and I would be fine. However, he referred me to a gastroenterologist, and after meeting with him, I became very concerned. I thought, “Oh my God, I’m going to die. I’m not ready for that yet. What did I do to deserve this dastardly disease that I had never heard of before? Why me? What about my daughter? What am I going to tell my family?” I felt gutted and terrified.

However, the journey was starting whether I liked it or not. And although I did not like it, I decided that I wasn’t going to give in. I HAD to stay alive for my daughter, which were her words when I explained my problem to her. We cried a lot, laughed a lot, got all tough and brash about it. We went through every emotion possible. It was hard on me, but I knew it was a lot harder on my girl. We faked our bravery, which made it easier to swallow for both of us.

Telling my husband was hard. He had been sentenced to four months in prison for a DUI, and he hadn’t been in long enough to see visitors or to receive calls yet. I explained my dilemma to multiple people, and they finally allowed me a monitored call. He was taken to the warden’s office, where the call was put on speakerphone. I told him and everyone else in that room I had HCV. It was heart-wrenching and humiliating to say the least. I had this vision of people snickering at both of us. I cried for days. My life was already in chaos, and this diagnosis just sent me over the edge. I couldn’t think straight, and I felt like I was in a trance.

I also had to tell my parents. Although my mother was my best friend and we did everything together, she wouldn’t talk to me about it. This diagnosis changed that forever because she rejected me. I mourn that dreadful day. My father was in the early stages of Alzheimer’s, so I had to tell him repeatedly, until I just couldn’t anymore. Eventually everyone in my family knew, and I was the devil incarnate. It was frustrating and humiliating.

I didn’t start HCV treatment until my husband was released in August 2007. I was on peginterferon and ribavirin. It kicked my rear, killed my thyroid and was generally lousy. I joined an online support group, and to this day I still have friends I met there. In retrospect, it was good, but the whole concept of online support was new to me. Although there were many great people, there were also some hateful ones.

Treatment didn’t work, and my doctor stopped it after six months. When I told my doctor I was moving and divulged all the other events of that year, he said he would have stopped it immediately if I had told him about the chaos in my life. Here is the year in a nutshell: Diagnosed in February 2007; started treatment in August 2007; mom died in October 2007; my husband’s ex-wife died just before Christmas 2007; my brother committed suicide just after Christmas 2007; I was pulled off treatment in February 2008; we moved from Arizona to Oklahoma in March 2008. My head was spinning to put it mildly.

In 2010, I started hearing about HCV clinical trials, so I scoured the Internet for anything close to me. I finally found one and was accepted. It was a triple treatment using interferon, ribavirin, and an experimental drug they were not allowed to disclose. WOW, talk about kicking butt. My eyes stopped producing tears; my skin was so dry it peeled off in sheets. I was hysterical but didn’t have the stamina to act on the hysteria. I lay in bed, delusional and writhing in pain. My only support was through Facebook. After eight weeks, I was pulled off treatment. I can’t say I was all that disappointed, because it was really rough.

I decided to hone in on specialists in my area. After some disappointing experiences, I got a referral to the right one. God had sent me to her or her to me, I’m certain of it. She ordered all kinds of blood work and a biopsy. I had stage 3 fibrosis. My doctor and her team argued with my insurance company to get my treatment approved. (I later found out she had lost her boyfriend to HCV.) I was approved for 48 weeks of treatment using peginterferon, ribavirin and boceprevir (Victrelis). I started in September 2012. I cannot begin to explain how sick that treatment made me. I didn’t think I could endure it. I lost my hair and dropped 50 pounds. I had bowel movements that felt like fire and crushed glass were shooting out of me at rapid speed. I was so anemic that I had to walk holding on to strategically placed furniture. The doctor lowered my ribavirin dose and prescribed Procrit. I cried and wanted to quit so many times.

What is your greatest achievement?
Giving birth

What is your greatest regret?
Staying the course with my dysfunctional family; I should have left when I was 5 years old.

What keeps you up at night?
The past

If you could change one thing about living with viral hepatitis, what would it be?
Jumping head-first into treatment without knowing much about it

What is the best advice you ever received?
Not to blame myself or others

What person in the viral hepatitis community do you most admire?
I’m not a big one-on-one person, but I read everything everyone posts. Having said that, Lucinda Porter, Denise Adams and Janice DiNapoli.

What drives you to do what you do?
Hope and faith

What is your motto?
Fly under the radar whenever possible

If you had to evacuate your house immediately, what is the one thing you would grab on the way out?
My dogs

If you could be any animal, what would you be? And why?
A bird; I could fly away at the first sign of danger.