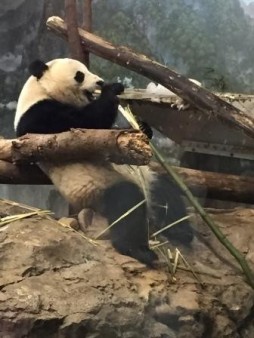 In May 1982, I felt sluggish and my eyes and skin were yellow. I went to the doctor and was diagnosed with acute non-A, non-B hepatitis, as hepatitis C was not yet identified. I was 21 years old.

My liver enzymes were extremely elevated, and my liver was enlarged. The gastroenterologist said that one of three things could happen: I would stay the same, get worse or heal, since the liver can heal itself. He said the only treatment was steroids and did not recommend them for me.

I decided to heal my body naturally, so my mother and I read everything we could. I only ate broiled fish, steamed vegetables and fresh fruit. It took about four months for my liver to return to normal. My liver enzymes dropped to slightly elevated, meaning 5 percent over the normal range. The liver biopsy showed no damage.

I have two children, who both tested negative. I followed the advice of the pediatrician and did not nurse my children. I always kept my toothbrushes separate, as well as razors, and my children were aware that they were never allowed to touch my personal items. I did tell some of my closet friends, but I was careful who I told, since there was a lot of stigma with hep C; it was not a disease one announced like diabetes.

I continued to decline any treatment for years. After 33 years of hep C, I started to progress to the first stage of fibrosis (F1). My enzymes were now 100, and my viral load increased to 1.8 million from 150,000. I was 54 and felt that it was time for treatment.

I was approved for Harvoni right away. However, since the medication was new, I wanted to see how people did on the treatment and gather side effect information from independent patients rather than get information from the drug companies. I joined the HEP Forum, which was very instrumental in helping me make my decision. Also, I read everything and anything for 10 months, including news articles and blogs.

I started September 1, 2015 and kept a log. I rarely take any medication, and I wanted to be careful. I found that when I took the pill with a banana, I was not dizzy; when I missed the banana, I was dizzy. Additionally, eight to 10 bottles of water a day was a must. I eliminated all dairy, red meat and sugar.

I kept up my daily fitness routine and took Harvoni in the morning after the gym. I had some stomach issues for about six weeks but nothing unbearable. I tested negative eight weeks after starting Harvoni. As a result, I was denied the additional four weeks of the 12-week suggested treatment. I was both upset and relieved that I was done at eight weeks. I did not want to jeopardize my chance with eight weeks after finally seeking treatment 33 years later. (Editor’s note: Typical hepatitis C treatment protocols do not stop treatment early because of viral load response. However, eight weeks of treatment is recommended for noncirrhotic, treatment-naive patients with genotype 1 and a viral load of less than 6 million.)

According to Gilead, I’m cured. I’ve tested negative since September 21 and will repeat my blood work in six months. I still can’t wrap my head around the fact that I’m cured. It’s something that I lived with for the majority of my life. For decades, I lived with panic every time I accidently cut myself when my kids were small, the fear that I would progress quickly when my kids were younger and the fear of contracting hep A from food while traveling. Even though I always felt great physically, it still haunted me like the elephant in the room.

Opening a business that I knew nothing about and selling it for a profit.

Not going to law school.

The future of our health care system and the world.

The constant stigma that accompanies it.

Wait to be treated.

The doctor that treated me in 1982, who has long since retired.

An autographed picture of the Beatles.

A panda, because they are cute and tough.