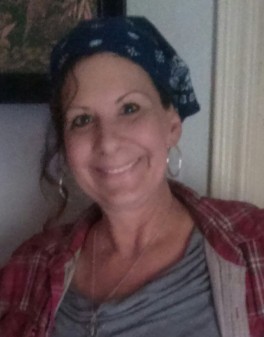 I had been out of the country for over a month on a business trip and didn’t feel well when I returned home. I went to my family physician for a physical and blood tests. Just to be safe, my doctor prescribed antibiotics. A couple of days later he called and said I had a sexually transmitted disease. I was shocked; I had been married and monogamous for 19 years. Ah, the misinformation we get. It turned out that I had hepatitis C.

I made an appointment with a gastrointestinal (GI) specialist who explained that hep C is transmitted via blood-to-blood contact. Hep C is rarely passed sexually, although it is possible. I felt relieved but still wondered how I got it. The doctor ordered some X-rays and found cirrhosis. I was placed on some medications. I lived in denial about how sick I was.

Two years later, my cirrhosis got worse; I also developed ascites and hepatic encephalopathy. I was referred to the Mayo Clinic. After a few all-day appointments, they started me on peginterferon and ribavirin treatment. It made me sicker, so I stopped taking it and started feeling somewhat better. I practiced more denial and missed some appointments, so Mayo dropped me.

I continued my care with my GI doc, who prescribed meds. When the ascites got bad, I had an outpatient procedure at my local hospital to drain the fluid. That worked for another year.

Then came the rough stage: sleeping for days, memory loss, vomiting and hallucinations. When I tried to talk to my children, I barked at them. That was just one of the many episodes I had. My husband and I finally sent the children to stay with their grandparents. Four years later our relationship is still very strained. It is all because of my stupid denial.

Then one day while I was at work I couldn’t remember my name. I couldn’t tell you why I was there, how I got there or who my boss of eight years was. They called 911, and I was taken to the hospital. A hepatology team examined me and had a “come to Jesus talk” with me. I had genotype 3 and a MELD (a measurement of the degree of liver damage) of 20.

Getting listed for a liver transplant is a long, long process. My denial about the severity of my condition coupled with getting kicked out of Mayo made me a less desirable candidate. I had to call my dad and come clean. He helped me through the process of getting listed.

Two months later, I was still trying to get listed. I was going to meetings and selling myself to the transplant board. One day, my husband found me comatose on the floor. He rushed me to the emergency room. I was yellow, and my MELD was in the 40s. My liver had failed, and my kidneys were failing, too.

I was dying. When I came out of a coma, I hallucinated for days. I weighed 80 pounds, and it looked like someone had beaten me.

Eventually I was feeling like myself again, just a little weak. I wanted to go home. I was told I wouldn’t be going home. I would die there or get a transplant. Again, I was in denial.

I was put on the transplant list, and within 24 hours, I had a donor. I had surgery the next morning. It still didn’t feel like I was dying. It became real when my mom came with the pastor and he read me my last rites. That was my “aha” moment.

I flat-lined twice on the table. The first time the surgeons brought me back; the second time, they waited to see if I would come back on my own. Later, when I read the surgery transcripts, it all started to come together for me.

I was in intensive care for a week. My memory, speech and basic motor skills were gone; I couldn’t walk. I had five weeks of physical therapy and a lot of crying and nightmares. When I reached 90 pounds, I got to go stay with my dad. I was in a wheelchair and needed full-time care. Two months and 100 pounds later, I got to go home with my husband. Since my transplant, I have had various procedures and setbacks, including three stents.

My hep C came back, as we knew it would, and my insurance finally approved Sovaldi (sofosbuvir) and ribavirin. I have all the expected side effects, but in reality, it is nothing compared to what I have been through before. Three weeks into treatment, my hep C looks great. My doctor was so happy that he hugged me and said we are going to make history.

Being in denial caused many problems. I didn’t want to admit I could be dying. I missed a lot of days due to hallucinations. To this day, I remember the hallucinations more than the reality.

I thought I was protecting my loved ones by covering up how sick I was. This robbed them of the opportunity to accept my disease.

What is your greatest achievement?
I immediately want to say my children, who are successful adults now. However, learning to walk, talk and communicate after my surgery is pretty high up there.

What is your greatest regret?
Not taking care of myself and wasting precious time with my family

What keeps you up at night?
I have insomnia and often think about my time lost with my children.

If you could change one thing about living with viral hepatitis, what would it be?
Not accepting that I have it and not educating myself and family

What is the best advice you ever received?
Slow down, open your eyes, lean on your family.

What person in the viral hepatitis community do you most admire?
My doctor. He took a chance on me. I want to make him proud.

What drives you to do what you do?
For some reason I’m still alive, and the fact that I am still here makes me wonder if there is a bigger picture that I don’t see yet. So, I want to make myself available to help.

What is your motto?
Stay true to yourself.

If you had to evacuate your house immediately, what is the one thing you would grab on the way out?
My dog’s ashes. When I went into the coma at home, my husband found Duke, our 100- pound German Shepherd, guarding me. I’d also take the photo albums.

If you could be any animal, what would you be? And why?
A dog, so I could protect, love and be lazy when I wanted to