A federal lawsuit heard last month could upend or even eliminate the preventive care requirement in the law, known as Obamacare or the ACA.

When Congress passed the Affordable Care Act in 2010, its authors cited three overarching goals: to improve access to health care, to slow rising medical costs and to improve health outcomes.

One of the main vehicles for achieving all three missions was a requirement that health insurers provide preventive health care services at no cost to patients. If there were no financial barriers, backers argued, patients would be more likely to get preventive services, from colonoscopies to vaccines to heart disease screenings, which would help keep people healthier and out of the hospital and, consequently, lower health care costs.

As a result of that requirement, more than 150 million Americans now have access to scores of preventive health measures at no cost, sparing many from illness and catching diseases early for others.

Now, a federal lawsuit heard in Texas last month could upend or even eliminate the preventive care requirement in the law, known as Obamacare or the ACA. A group of patients and employers are arguing that the requirement is unconstitutional. They also contend that some preventive health measures violate protections under the Religious Freedom Restoration Act of 1993 that prohibit federal and state rules from unduly burdening one’s exercise of religion.

The ACA provisions “make it impossible for these plaintiffs to purchase health insurance unless they agree to pay for preventive-care coverage that they do not want and do not need” and prevent them from buying less expensive health insurance without that coverage, they argue.

And a requirement that health plans pay for a drug that prevents HIV “forces religious employers to provide coverage for drugs that facilitate and encourage homosexual behavior, prostitution, sexual promiscuity, and intravenous drug use,” the group argues.

Neither the lawyers representing the plaintiffs in the case nor the U.S. Department of Health and Human Services (HHS), the defendant, responded to requests for comment.

The federal judge hearing the case, Reed O’Connor of the U.S. District Court for the Northern District of Texas, in 2018 struck down the Affordable Care Act as unconstitutional, only to be overturned by the U.S. Supreme Court in 2021. Supporters of the law are worried he will decide in favor of the plaintiffs in the new case.

“This judge has shown he is not shy about abolishing the entire Affordable Care Act and issuing nationwide injunctions,” said Wayne Turner, senior attorney at the National Health Law Program, which litigates on behalf of health equity and access to health care for underserved populations. O’Connor has a history of issuing nationwide injunctions involving federal laws, including the ACA.

And ACA supporters are not confident that a ruling striking down the preventive health requirements would be overturned by the conservative U.S. Court of Appeals for the 5th Circuit or ultimately by the U.S. Supreme Court, with its majority of Republican-appointed justices.

Eliminating the preventive care mandate, many health policy analysts agree, could have far-reaching and dramatic effects, potentially causing millions of patients to put off or neglect health screenings that could detect diseases early.

The requirement provides free access to preventive health services that have improved people’s health, said Sara Collins, a senior scholar and vice president at The Commonwealth Fund, a private foundation promoting quality and equitable health care. Forcing people to pay for those services, she said, would inevitably create a disincentive, likely leading to undetected and untreated health conditions.

More than 60 professional medical organizations, including the American Medical Association, published a joint statement last month warning of a dire impact of striking down the provision.

“Rolling back this access would reverse important progress and make it harder for physicians to diagnose and treat diseases and medical conditions that, if caught early, are significantly more manageable,” the statement said. “Patients would lose access to vital preventive health care services such as screening for breast cancer, colorectal cancer, cervical cancer, heart disease, obesity, diabetes, preeclampsia, and hearing, as well as well child visits and access to immunizations critical to maintaining a healthy population.”

Twenty Democratic-leaning states and Washington, D.C., have signed a brief supporting the federal government in the lawsuit. Conservative states have not weighed in, and no prominent GOP officeholder has championed the plaintiffs’ cause. Despite repeated attempts by Republicans to strike down the ACA, polls show that the law remains popular with Americans.

Tens of Millions of Beneficiaries

Many millions of people could potentially be affected by a court victory for the plaintiffs. An HHS analysis in January found that more than 150 million people with private health coverage have access to scores of cost-free preventive health services as a result of the requirement. Tens of millions of others in Medicare and Medicaid also benefit from the provisions, the report said.

The requirement applies to almost all private health plans, including employer-sponsored plans and the individual and small business plans sold on the ACA marketplaces. It also applies to Medicare and the Medicaid beneficiaries who joined that program as a result of a Medicaid expansion allowed under the ACA for adults with incomes up to 138% of the poverty level. (With some exceptions, it’s up to each state to determine whether preventive services are free for the Medicaid participants with lower income levels, but all cost-sharing fees in Medicaid are minimal.)

According to a July report by the Urban Institute, a nonprofit research organization, health plans now cover more than 100 preventive health services with no out-of-pocket cost to patients. Among them are screening and counseling for alcohol misuse and obesity, screenings for blood pressure and depression, and immunizations.

For children and adolescents, insurers must provide cost-free coverage for assessments of alcohol, tobacco and drug use, newborn hearing screening, blood pressure screening, screening for development abnormalities for children under 3 and all routine immunizations. For women, the requirement includes screenings for anxiety, breast and cervical cancer, and for signs of domestic abuse, as well as breastfeeding services and supplies, contraception, screenings for gestational diabetes for pregnant women and for diabetes after pregnancy, and preventive health visits.

Even if O’Connor sides with the plaintiffs, he has options besides stripping away the entire preventive care services provision. He could, for example, exempt certain services, such as provision of pre-exposure prophylaxis, or PrEP, a medicine used to prevent HIV and stop its transmission. He also could issue an injunction to preserve the current policy until appeals have been heard.

States can require coverage of preventive health services, but that would only apply to individual and small business health plans, not large employer plans, which the federal government regulates. According to a 2019 Commonwealth Fund post, as of that date, Connecticut, Louisiana, Maine, New Mexico, Vermont and Washington had done so.

The plaintiffs in the lawsuit, Kelley v. Becerra, include individual Texas patients as well as owners of a Fort Worth orthodontics practice and the owner of a Houston “health and wellness center,” both of which provide health insurance for employees and describe themselves as adhering to Christian values.

They object to having to pay for health insurance coverage for services they do not want or need, such as contraceptives, PrEP and screenings for sexually transmitted diseases. They also have religious objections to the provision of some of those services.

In the lawsuit, the plaintiffs make two main arguments, one related to the process of selecting the preventive health measures covered by the law, and the other, a religious objection to two specific services that are covered.

In the first argument, the plaintiffs say Congress improperly delegated authority to the U.S. Preventive Services Task Force, the Advisory Committee on Immunization Practices, and the Health Resources and Services Administration to choose which preventive health measures would be covered under the law.

Those agencies, some comprised of non-governmental representatives, were not nominated by the president or confirmed by the Senate, the lawsuit says.

The plaintiffs also object to the requirement that insurers provide cost-free coverage of contraceptives and PrEP. They argue that requires employers and health insurance marketplaces to offer health plans that cover services that could conflict with employers’ or individuals’ religious beliefs.

Roger Severino, a vice president for the conservative Heritage Foundation, said the plaintiffs are right on both counts: HHS improperly adopted the specific preventive health measures under the law, and religious objections should prevail.

“There should be a wide berth to make sure people aren’t forced to violate their private beliefs when there are other options,” Severino said.

The federal government and ACA backers refute the argument that HHS improperly created the list of preventive health measures covered under the law. Ultimately, they pointed out, the various agencies did not set the policy; it was the HHS secretary who did so.

Other critics expressed dismay that the plaintiffs would object to measures, such as coverage of PrEP, intended to save lives.

“It’s peculiar to me that plaintiffs are against using the drugs to prevent people from being infected by a terrible disease,” said Wayne Turner of the National Health Law Program. “It’s also peculiar that an animus toward one particular population would lead you to try to eliminate the entire preventive care requirement. It’s extraordinary and disturbing and sad.”

This story was published by Pew Research Center on August 9, 2022. It is republished with permission. 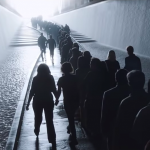